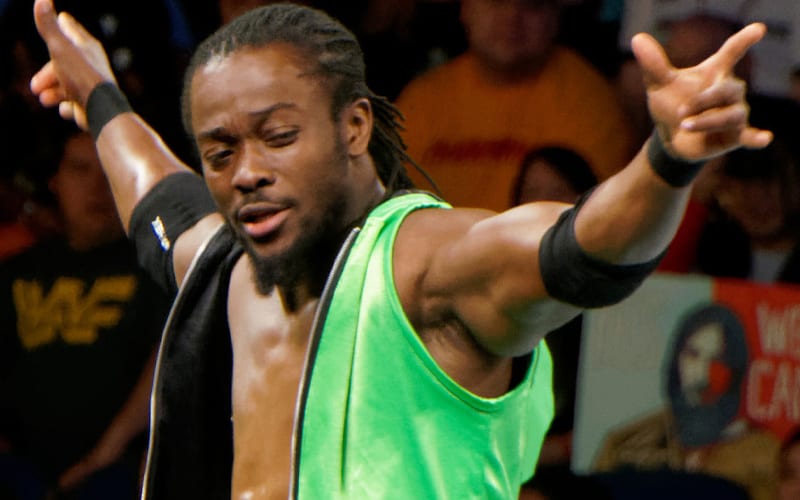 WWE has concocted many interesting gimmicks for famous Superstars. Some of our favorite sports entertainers are not the same now as they were first presented at all. Kofi Kingston and his former Jamaican accent is a perfect example of that.

Kofi Kingston recently spoke to Muscle & Fitness where he was asked about that famous dropped rasta accent. He did drop it, but it wasn’t before he was called out in a big way. A BBC reporter even called Kofi’s mom to fact check that he was from Jamaica, which he wasn’t.

“Eventually I had an interview with someone at the BBC and they kept pressing me about the fact that Kofi is not a Jamaican name,” Kingston said. “They said, ‘why are you playing this Jamaican character and I’m just coming up with all these different answers.”

“So finally I get off the phone and I’m sweating and I’m like it’s over. Then all of a sudden maybe an hour later my mom calls me up and says ‘Somebody from the BBC just called and they asked me about your Jamaican heritage and I told them you were from Ghana and this’ and I was like ‘NOOO Mom Kayfabe Kayfabe!’. Eventually I told Vince about it and he said not as many people are going to read that article as you think, and then in a year I ended up being able to drop it.”

“The promo where I had Triple H on my team and I tried to get everybody on the team on the same page and Triple H calls me out and says ‘Hey, aren’t you supposed to be Jamaican?’ And then I wasn’t Jamaican anymore.”

Vince McMahon was right because Kofi Kingston was able to continue as a Jamaican for a while longer. When the accent was dropped, Kofi Kingston finally got to be himself.

Do you miss Kofi Kingston’s Jamaican accent? Sound off in our new and improved comments section!