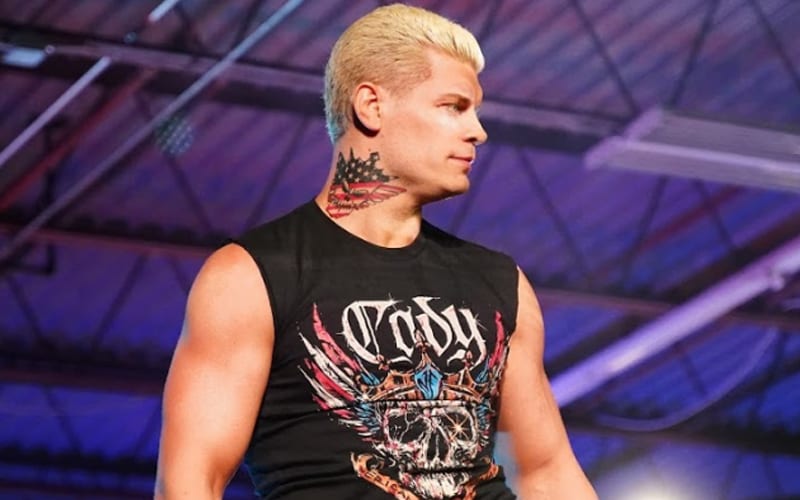 Cody Rhodes is an EVP of AEW, and he has a certain amount of clout backstage. Hindsight is 20/20 though, and he now realizes that a match might have gone on too long this week on Dynamite.

One fan asked Cody what he thinks about Wardlow. Rhodes is familiar with Wardlow as he shared a brutal Atlanta cage match with him.

The American Nightmare praised Wardlow’s potential, but admonished him for the company he keeps in MJF. Then he stated that Wardlow’s match probably should have ended early last week, but the referee let it continue.

Hangs w/questionable company, but undoubtedly mega talented. His performance in his 1st ever televised match shouldn’t have been as good as it was.

I expect big things from the big man. Ref should have stopped the match after the knee last week though, nearly killed his opponent

AEW feeding Wardlow squash opponents is a very good idea. They need to establish him as a star. He might get a little rough in the process, but that all comes with the territory.

Do you think Wardlow will eventually become AEW World Champion? Sound off in the comments below!