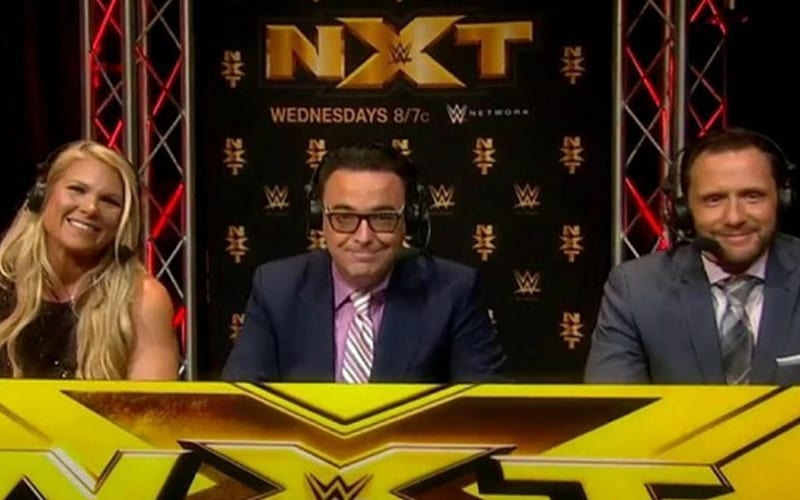 WWE needed to make some tough decisions in the face of a global pandemic when it rolled their way. They are carrying on in the best way possible, but not everyone can make the tapings.

The Wrestling Observer Newsletter noted that both Beth Phoenix and Nigel McGuinness have been absent from WWE NXT for a good reason. It is reported that since they both have young children the decision was made for them to stay at home rather than risk making the trip.

Nigel McGuinness and Beth Phoenix are both still with the company. Because of concern with the virus and both McGuinness and Phoenix having young children and not wanting to quarantine for two weeks, neither are working right now.

Phoenix and McGuinness will likely return to the NXT announce desk very soon. Mauro Ranallo is also unable to make the tapings from California, but the company set up a system where he can record his voice for certain matches.

Have you missed Beth Phoenix and Nigel McGuinness on WWE NXT commentary? Sound off in our new and improved comments section!