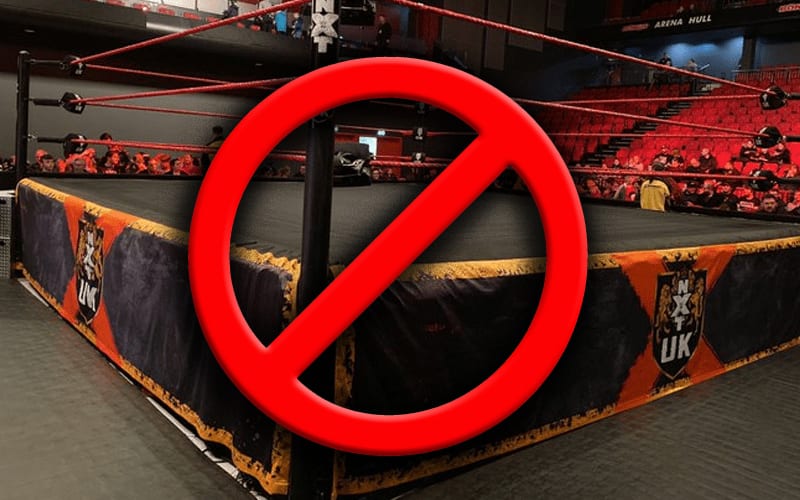 WWE had to make some big cuts to their roster and widespread releases took place throughout the company. WWE’s NXT UK brand only saw one release with Kassius Ohno, but there might be a lot more to come.

It was noted in the Wrestling Observer Newsletter that the future of NXT UK is uncertain. There could be some arguments to downsize a WWE brand that isn’t making money and was originally installed to compete with a television show that doesn’t exist anymore.

Nobody right now knows the status of that brand. With WWE downsizing there are questions about a money-losing brand that was originally put into operation to combat the long-since-defunct ITV World of Sports promotion.

WWE doesn’t pay their NXT UK Superstars much at all. They also can’t run any shows in the UK. Superstars are unable to travel back to the United States to wrestle as well. This might become a tricky situation as time continues and the NXT UK roster remains dormant.

WWE NXT UK TakeOver: Dublin was rescheduled for October. Their television tapings were also nixed. Right now the company is airing what content they can in the NXT UK time slot on the WWE Network.

It was reported after the first wave of WWE releases that they are finished cutting Superstars. You never know if the NXT UK roster might be a prime target for the company’s next round of releases if they must resort to that.

What do you think WWE should do with the NXT UK brand since they can’t record any new content? Sound off in our new and improved comments section!