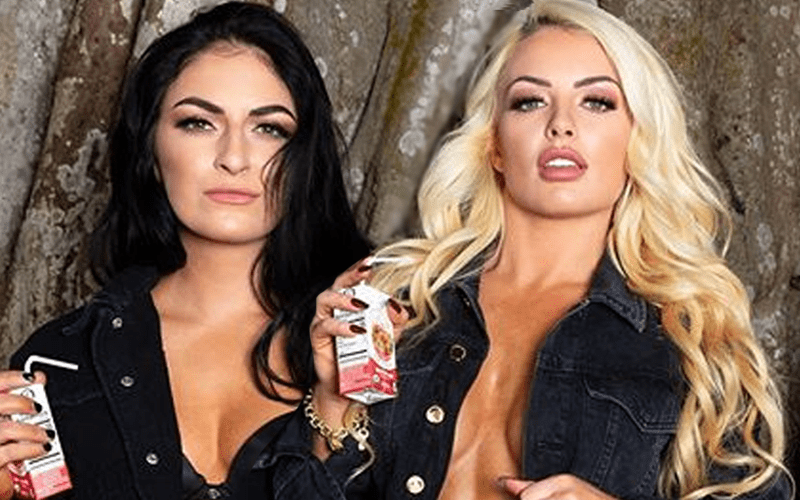 Sonya Deville and Mandy Rose had a long-lasting friendship on WWE television. Now that friendship has erupted into a bitter rivalry.

Mandy Rose responded to an appearance that Deville did on E! Canada. Sonya was complaining about living in Rose’s shadow for too long. This prompted the Golden Goddess to fire off a reply.

So you wanna ruin my life bc people saw more talent in me than you?
I’m so confused…? Like I have any control over other people’s opinions? Sounds like a bunch of jealousy to me.

Deville plans to place the spotlight on herself for a change. She said that karma is a “bihhh,” and she’s that “bihhh.”

U didn’t want to god forbid share one second of the spotlight w me which is fine honey. BUT make no mistake about it karmas a bihhh and her name is Sonya Deville.

Sonya Deville and Mandy Rose will likely remain a focal point in the blue brand’s storylines. They appear to be set for a mixed tag team match while getting Otis and Dolph Ziggler in the mix as well.

How do you think Mandy Rose and Sonya Deville’s storyline is going to end? Sound off in our new and improved comments section below!