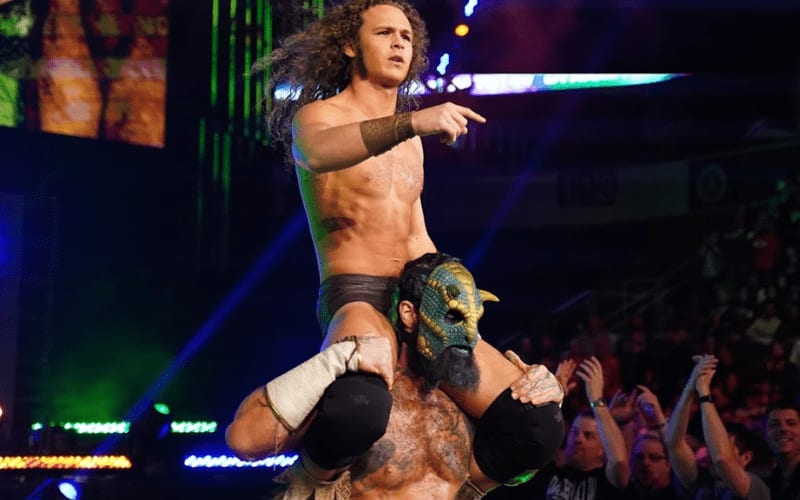 Jungle Boy wasn’t able to make it to AEW’s last set of television tapings. Odds are he’ll be around they go live, but he might be rocking a much different look.

Jack Perry just uploaded a new picture of himself to Instagram where he was showing off his isolation beard. He let his beard go and apparently, his facial hair has a knack for growing. He has also packed on some pounds.

Struggling a bit to find things to share. I’ve grown my best attempt at a beard and gained a little weight. I’ll do some flips or something soon. Hope everyone is well.
#stayhome #staysafe

It might be a surprise to see a bearded Jungle Boy. He can always shave it before appearing on television once again. It is still quite a departure from his previous cleanly shaven look.

You can check out a picture of Jungle Boy’s new look below. He didn’t show off his entire face, but the beard is clearly visible in the photo.

What do you think about Jungle Boy’s beard game? Sound off in our new and improved comments section!