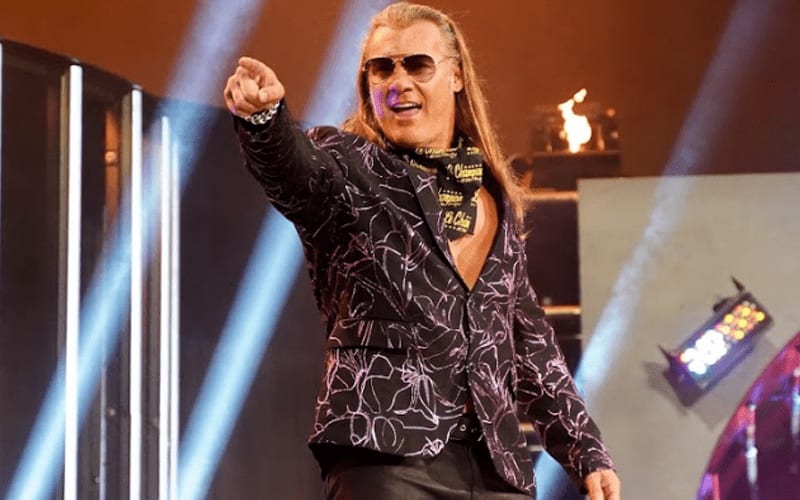 AEW revealed their new set of action figures at the New York Toy Fair. Chris Jericho was there, but he wasn’t allowed to see every exhibit at the convention.

While speaking to the Major Wrestling Figure Podcast, Chris Jericho revealed that he was told that he wasn’t allowed to look at the WWE exhibit. He was eventually let in, but then he was asked not to share any evidence that he saw the exhibit because it could cost someone their job.

“Let me give you the other side of the coin. I was downstairs and I wanted to see the WWE set up and they told me I couldn’t. I was like, ‘The f*ck I can’t I’ve made these guys millions of dollars in action figures you’re telling me I can’t go up there?’ So I walked up there and there was a security guard who wouldn’t let me in, but there was a guy who works for whoever WWE works with was like, ‘Ah come on in.’ I went in and I was filming stuff for my Instagram story like, ‘Oh here I am at the horror comic stuff and here I am at WWE.’ He’s like, ‘please don’t post that I could lose my job.’ I was like, ‘is this where we’re at? You’re gonna lose your job because you let the enemy in to just look — by the way it was a really sh*tty setup that WWE had compared to our setup — I was very surprised.”

There is obviously competition between AEW and WWE. It might go a bit deeper than some might realize. Chris Jericho apparently found out the hard way when he was given a hard time for trying to look at toys.

Would you let Chris Jericho in if it meant risking you job? Sound off in our new and improved comments section!