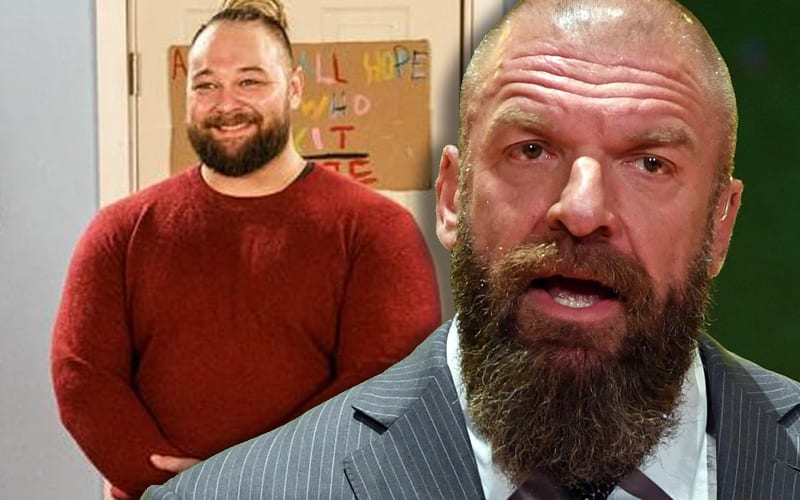 While speaking to After The Bell, Triple H discussed what Cena and Wyatt were able to put together. He likened it to “an acid trip” while talking about the crazy cinematic mayhem that resulted in the second night of WrestleMania 36.

“Man, my hats off to everybody that was a part of it from a cinematic scope as well. The Fun House, I just knew conceptually what the thought was. Everybody that I would ask like, ‘hey, how’d that go?’ I’d get the same response, ‘people are either gonna love it or hate it.’ I was like really? And most of the people that shot it were like, ‘I have no idea what we shot,’ because it’s it all goes together. Like if it all goes together well, it might be awesome, might be the worst thing anybody’s ever seen. I kept getting that. I was like, oh my God. I didn’t know what to expect. It’s like this crazy acid trip.”

“You talk about reinventing and getting outside the box, my hats off to Cena on that. To get outside the box of your own character and everything that you’ve done and be that self aware and be okay with putting that out there for everybody and Bray as well, it was a crazy trip, and it just delivered something completely unique and business changing.”

Vince McMahon said that WWE is going to do more “mini-movies.” We might be able to expect additional Firefly Fun House matches down the line. Let’s see if they’re able to top the madness from WrestleMania 36.

Who do you want to see another Firefly Fun House match? Sound off in our new and improved comments section!