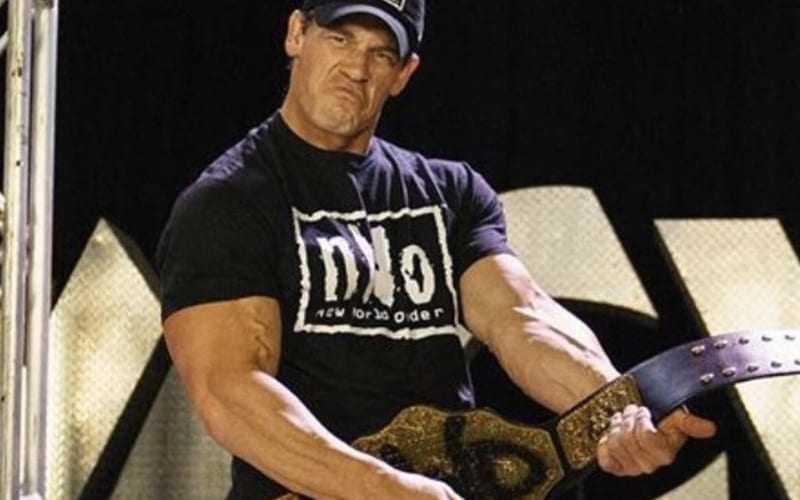 John Cena doesn’t wrestle very often, but there was a time during his career when his FU finishing move might have fit in perfectly with the nWo. Eric Bischoff seems to disagree.

WrestleMania 36 included a Firefly Fun House match between John Cena and Bray Wyatt. During that match, John Cena showed up and mimicked the nWo while playing air guitar on a spray painted title belt.

WWE is making a profit on that match by selling artwork of Cena as an nWo member as well.

Eric Bischoff posted a photo of John Cena under a WCW Monday Nitro sign. He commented saying: “Just another wannabe.”

Do you think John Cena would have been a good member of the nWo? Sound off in our new and improved comments section!