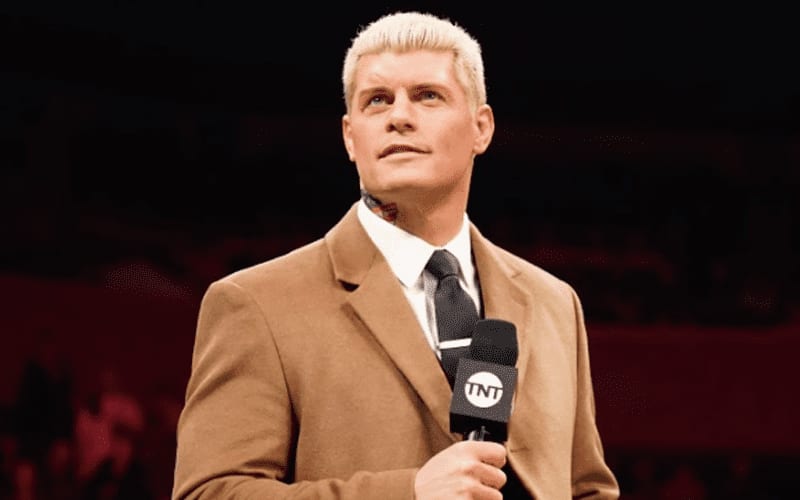 Cody Rhodes left his last name in WWE when he left the company. The closest he could get for years to using his last name was if they were billed as “Cody and Brandi Rhodes. That could change soon enough.

On April 13th, Cody filed a new trademark application for “Cody Rhodes.” WWE owned the trademark, but it ran out on October, 13th last year.

WWE had a six-month window to re-file their copyright, but they did not. This is why Cody Rhodes filed when he did. He wanted the name and has since tried very hard to copyright anything that his father had to do with creating.

We will have to see if Cody Rhodes gets his name back, but he’s much closer at this point.