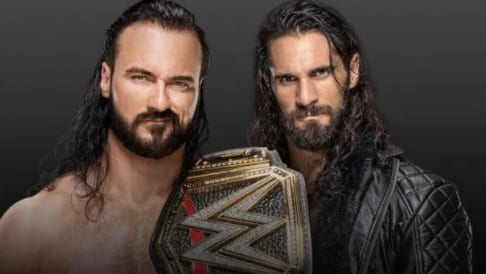 As seen on Sky Bet, the betting odds for Drew McIntyre vs Seth Rollins at WWE Money in the Bank have been released.

McIntyre has been on fire since winning the WWE Championship at WrestleMania 36, despite the fact that there have been no fans in attendance since his big win over Brock Lesnar.

Now, he faces a pretty tough challenge in the form of the man known as the Monday Night Messiah.

In terms of the odds, McIntyre is currently the clear 1/5 favorite to retain the WWE Championship. Rollins, on the other hand, is the 10/3 underdog.

Drew is only really just getting started with his title run, and considering that Seth actually lost to Kevin Owens at WrestleMania, it’d be a little bit odd to see him win the strap.

Either way, they’re almost certainly going to have one hell of a match.