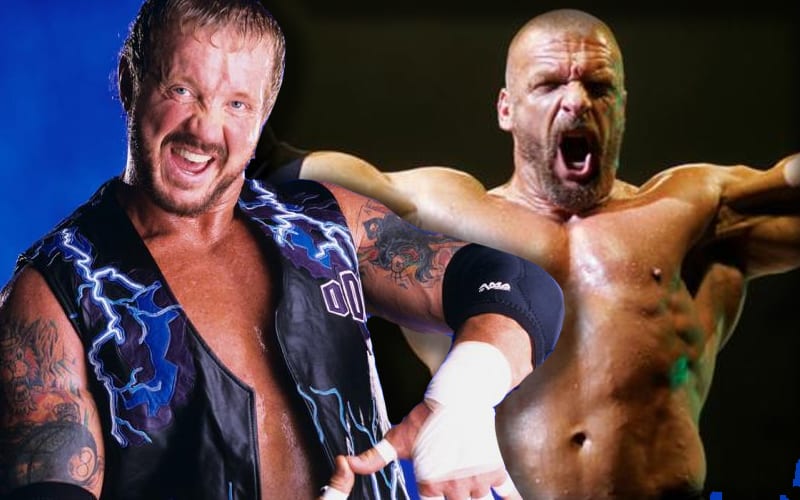 Triple H is celebrating 25 years with WWE, but there is a beginning to every story. The Game’s time in WWE started with them wanting to give him a completely different finisher than the one he made famous.

While speaking to WWE The Bump, Triple H talked about his first days in WWE. He explained that when the time came to figure out a finishing move, he had a couple of options. WWE saw what DDP was doing and they wanted Triple H to try that instead.

“I was like, look I use the Indian Deathlock sometimes, but it’s hard to do on bigger guys. I have this other finisher, but it didn’t have a name yet and I kinda tried to explain it to them. Then they said, ‘eh we saw this other finish this guy was using — I think it was Page at the time Diamond Dallas Page,’ and they said maybe I should give that a try.”

Triple H said that the RKO/Diamond Cutter was a very new move at the time. People were still figuring out how to take it, and most enhancement guys didn’t know how to sell the move.

Triple H said he wasn’t comfortable doing the RKO when it was given to him. He would pull it off every now and then, but the move as eventually dropped. Later on, he was given the Pedigree and the rest is history.

How would WWE be different if Triple H never dropped the RKO? What would he have called the move? Sound off in our new and improved comments below.