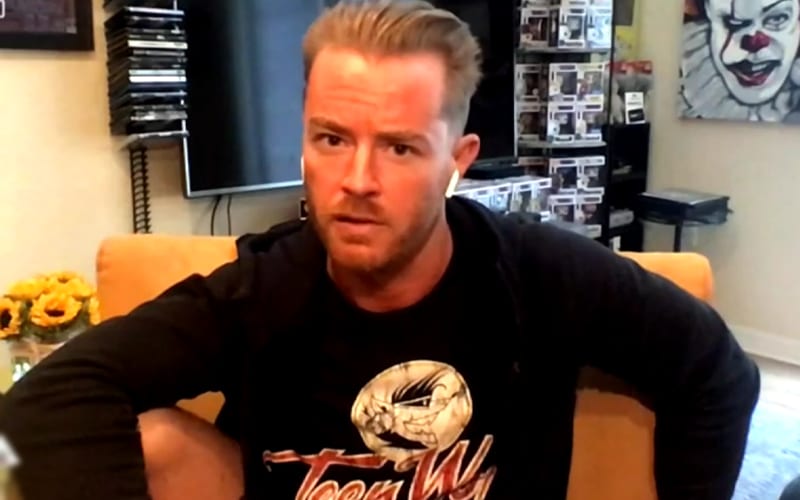 Drake Maverick was released from WWE last week, but the company is still letting him compete in the NXT Cruiserweight Championship Tournament. These next matches could be the most important in Maverick’s career.

While on WWE The Bump, Drake Maverick said that he is given “crumbs,” but he “makes it a steak.” He is used to fighting for his spot where ever he is. The Cruiserweight Championship Tournament is about more to him than just a title. He is fighting for his job after being released last week.

“I always wondered what would happen if someone would just give me a steak? What could I do with it? That’s the situation I’m in now. I gotta make this work for me. I’ve gotta make this happen. I’ve gotta save my job. I’ve gotta win to win the NXT Cruiserweight Championship to save my job. This is my story now. It’s not about anybody in Group A. It’s not about anybody in Group B. This is my story now because I took it, and I’m gonna win the NXT Cruiserweight Championship.”

Drake Maverick seems very focused and passionate about this next phase in his career. He is also already selling new Rockstar Spud merchandise so he’s hedging his bets just in case his performance in the round robin tournament doesn’t get him re-hired.

Do you think that Drake Maverick will return to WWE? Sound off in our brand new comments section below!