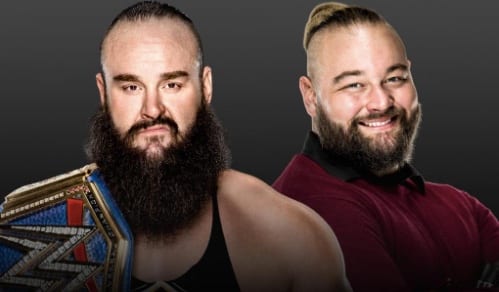 As seen on Sky Bet, the betting odds for Braun Strowman vs Bray Wyatt at WWE Money in the Bank have been released.

These two men have quite the history with one another, and now, they’re set to settle the score once and for all when they battle for the Universal Championship at Money in the Bank.

Strowman won the title at WrestleMania 36, defeating Goldberg in a pretty polarising match.

Right now, Strowman is actually the betting favourite to retain his title at 4/6. On the flip side, Wyatt is priced as the 11/10 underdog to come out of MITB as champion.

It’s been a long road to the top for Strowman as the man himself can confirm, and many fans are worried that the timing of this match is going to wind up not benefitting either man.

Whatever the case may be, we’re still intrigued to see what happens.