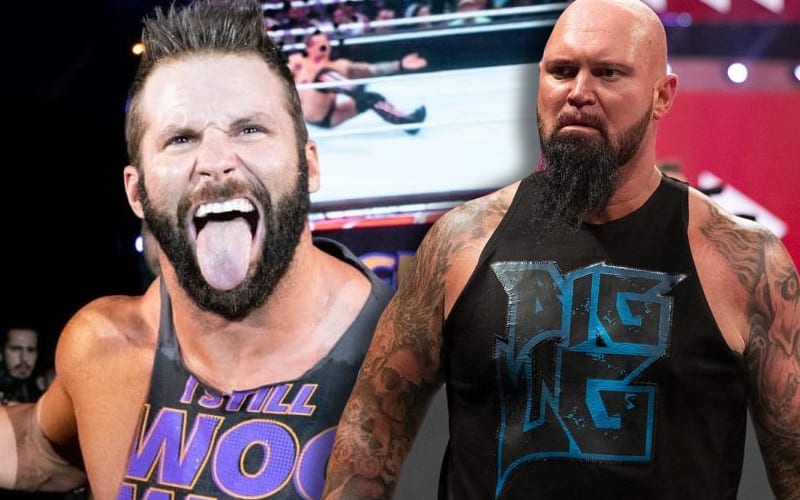 WWE released Zack Ryder and Curt Hawkins from their contracts on April 15th. This was a sad day as The Good Brothers were released as well as hundreds more WWE staffers. Everyone who was let go from WWE last week was well-liked backstage. That thought might not extend to all parts of the pro wrestling world.

Hannibal recently spoke on his YouTube channel about heat he has with Zack Ryder and Curt Hawkins. He said that there were some people in Deep South Wrestling in 2006 who treated him with respect as a non contracted trainee. Hannibal was paying to be there and train with future WWE Superstars, but due to his experience, it didn’t last long.

“There were some nice wrestlers there, but there were some who treated the non contracted wrestlers like sh*t. Hawkins and Ryder were two of the ones who definitely thought they were better than the non-contract wrestlers, but there is one incident which is the reason why I don’t like them.”

Hannibal continued to explain that one of the reasons why he only lasted a month in Deep South Wrestling was due to the way he was treated. One particular incident really sent the message home.

“I definitely would have gotten in a fight if I had stayed there longer because some of these dickheads were literally pushing me to my limit. I’m not saying they all were — Brodus, MVP, Kofi Kingston, Jake Hager there are guys who come to my mind that were really nice to me and treated me equally.”

“The thing that really pissed me off and got me heat with Ryder and Hawkins was there was a day that I needed a ride to practice. I had asked them the day before. We actually all lived in the same housing complex in Atlanta.”

“I lived with Brodus Clay at the time and he was nice enough to let me stay with him. Brodus was in the morning class and I was in the afternoon class that Ryder and Hawkins were in. I needed a ride to practice one morning. They told me a time to wait at a specific location to take me to the practice. They confirmed it, they seemed like they were gonna take me and they didn’t pick me up.”

Hannibal said that he had to run to the DSW studio which took over half an hour. He was late to his practice because he had to run. Then he had to deal with Bill DeMott asking why he was late.

He said that DeMott had his back and announced to the class “you mean none of these assholes who live in the same complex as you gave you a ride to practice?”

Hannibal seems to be able to laugh about the experience now, but the heat with Matt Cardona and Brian Myers is still apparently there. This led Hannibal to retell a story that many have heard before. It was also a reason why Bill DeMott was eventually released from his position as WWE’s head trainer.

“Another incident that made me lose respect for Zack Ryder is when Bill DeMott held multiple jelly doughnuts in his face while Luke Gallows got naked in the ring and wore absolutely nothing and just had his hands over his dick and proceeded to give Zack Ryder 10 to 15 naked stink faces until Bill DeMott had held all the jelly doughnuts in Zack Ryder’s face and he took those stinkfaces so no one had to practice that day.”

Hannibal said that as someone who was paying to be there and learn, he didn’t want to take the day off. Ryder took those stink faces from Gallows, and they got the day off. He also “thought it was sad” to see the contracted WWE wrestlers act in such a way.