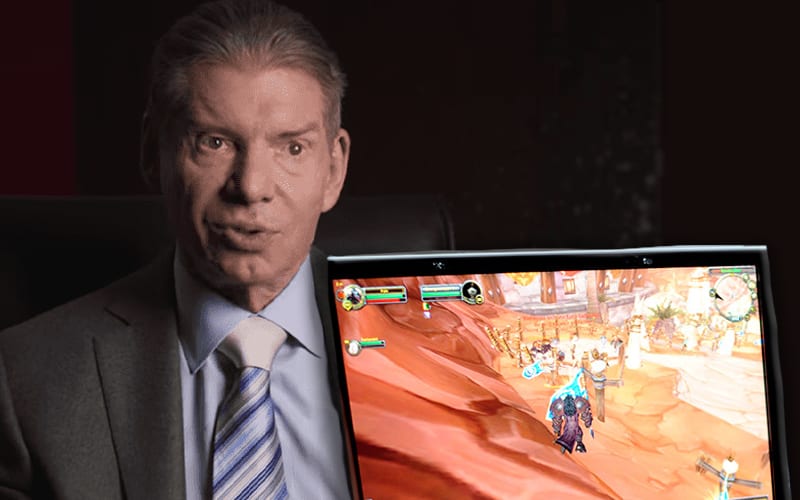 There are many rules in WWE, but the most important is to never cross the boss. Vince McMahon likes to have things done a certain way and it’s always important to pay attention during creative meetings as well.

Freddie Prinze, Jr worked as a WWE writer in 2007 and a little bit the following year as well. He said on The New Day: Feel The Power that his second run in WWE was “more of an acting lesson.”

The Scooby-Doo star then revealed a time when he thought that it was okay to spend a little time playing World Of Warcraft during a teleconference meeting with Vince McMahon. He wasn’t counting on his character’s audible battle-cry being heard by The Chairman.

My first stint there? It was full on writers room every day. And then to every single TV, and it was crazy. I was not built for that business, that schedule, that lifestyle and I couldn’t hack it and eventually had to tap out.”

“And then my dwarf was in a raid. He was this Dwarven priest, and I just was in the middle of my moment so I wasn’t thinking about the work call anymore. I was in my apartment, and so I hit the forward slash charge, which is like an emoji for people who don’t know. Only this one in particular? Your dwarf would actually speak and it was like this battle cry! So Vince said ‘WHAT THE HELL WAS THAT!?’”

Freddie Prinze, Jr left WWE on his own accord, but people last week weren’t so lucky. Vince McMahon probably didn’t even know what World Of Warcraft was even if you explained it to him. He is so entrenched in the WWE bubble that little else gets on his radar.