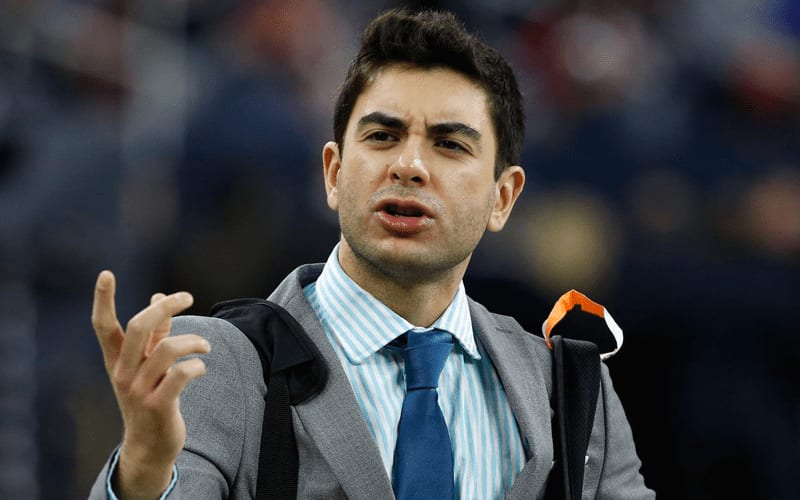 Tony Khan is the President of All Elite Wrestling, but he is also co-owner of the Jacksonville Jaguars. One player wants out, but Khan isn’t letting him go so easily. This erupted into quite a display on Twitter.

Yannick Nicolas Ngakoue is a defensive end for the Jacksonville Jaguars. He tweeted out demanding that Tony Khan stop hiding from him because he wants a trade. This caused Khan to reply.

I’m not in hiding sir, I’m in isolation getting ready for the draft. I’ve been pretty active on social media in isolation, but you wouldn’t know that since you unfollowed me (again).

Claims were made by Ngakoue that Tony Khan promised that their game against the Chargers would be his last. Yannick Ngakoue remained on the team without being traded.

Since your feeling might today let’s both let the world in on the truth. We been had a discussion that the chargers game was my last game. Yet you try to back door the situation without answering any of my camps calls. Smh you spoiled bra.. holding up people for no reason

Tony Khan responded saying that “it’s a new regime.” He thanked Yannick Ngakoue for all of the contributions he’s made to the organization. That being said, they’re not going to trade him unless the compensation is there to warrant it.

It’s a new regime here sir. I thank you from the bottom of my heart for all of the contributions you made here. That said, tweeting insults at me won’t get you traded any faster. Only good trade compensation will do that. Please redirect your efforts into a more productive outlet

Tony Khan received a reply demanding to just trade him because Ngakoue didn’t need a speech. Then TK responded by saying: “Show me the compensation. I’m sure you’re really driving up the price today btw.”

This is a very tricky situation, and it proves how busy Tony Khan really is. He’s in isolation and preparing for a lot of things. Receiving demands to be traded as the deadline approaches probably doesn’t help matters.

What do you think about this situation? Sound off in our new and improved comments section.