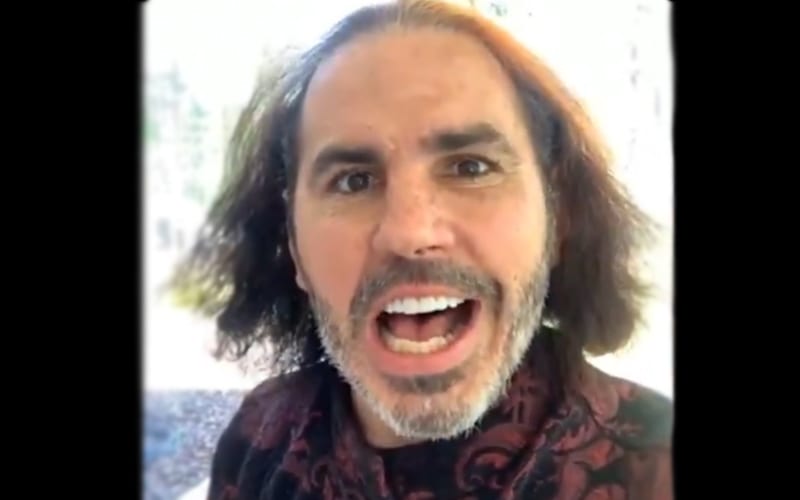 Matt Hardy is in isolation right now, but he’s more than happy to help when he can. The Broken One is also legally able to perform marriage ceremonies. It’s unknown if Hardy will help wed these two, but he did recently help a big fan pop the question.

Hardy tweeted out a video of two AEW fans. The man contacted Hardy beforehand and Matt Hardy was happy to oblige. Then they spliced a custom Matt Hardy promo into Dynamite where he helped propose marriage.

Dusti assumed they were just watching #AEWDynamite like normal, but Mike had me help him to propose to her. This was MAGNIFICENT!

She said yes, and it was WONDERFUL! This was a pretty cool thing for Hardy to do. You can check out the video below as two AEW fans will remember that moment forever.

Could you come up with a better way to propose marriage? Sound off in our new and improved comments section!