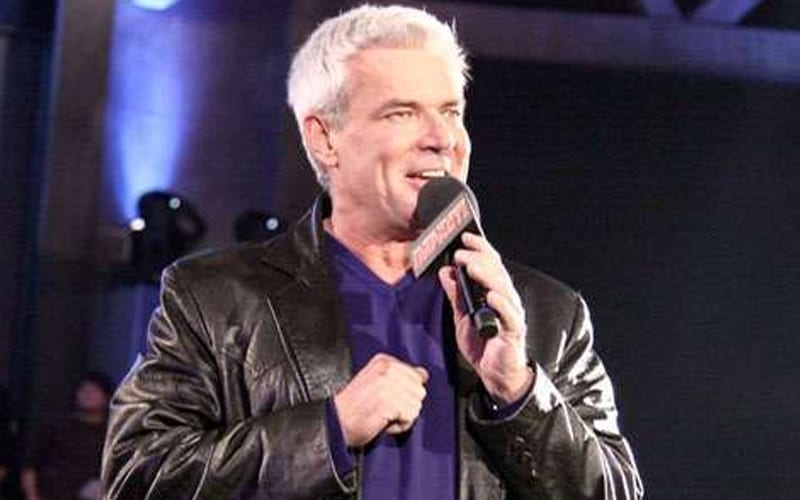 While discussing the subject on 83 Weeks, Eric Bischoff explained that he takes exception to fans saying that AEW is WWE’s first competition. He supports AEW, but they aren’t drawing the kind of ratings that Bischoff once saw. While he was with TNA, Easy E saw that show earn over 1 million viewers on a weekly basis.

“Times are interesting, aren’t they? Now you’ve got companies getting excited about half a million viewers or 700,000 viewers. I go, ‘Okay? I guess that’s important? I guess that’s really changing the world.’ But as much of a LOL as you put it as TNA was getting at the time, they were delivering, consistently prior to Hogan and I getting there and subsequent, 1.2 million, 1.4 million, 1.5 million. Hell, the ReACTION show that Jason Hervey and I produced that aired at 11 o’clock to 12 o’clock at night delivered a million viewers, that followed iMPACT at midnight. So it’s easy to become myopic and forget about facts relative to the past, but for someone to suggest that this is the first time that WWE has had competition?”

“I’m sorry. I’ll take exception to that. I’ll take a big exception to that! And again when any wrestling company – I’m not picking on anybody, and like you, I fully support AEW, there’s a lot of people there that I know personally, behind-the-scenes and in front of the camera, I’m fully supportive of them, I cheer them on, nothing negative here – but don’t get out over your skis and position yourself as something that you clearly not yet. AEW is highly competitive – in fact dominating, consistently dominating – the WWE development territory. ‘Cause that’s what NXT is. Let’s be honest and fair.”

“Let’s also be honest and fair and recognize that NXT has had a 10-year jump on AEW. NXT has been around for a long time. NXT has the full support and cross-promotional opportunities of both RAW and SmackDown. That’s something that AEW doesn’t have. But still, to suggest that this is the first time WWE has had competition? I’m sorry. Move over to the side here, I’m gonna kick you right in the balls.”

AEW’s ratings are slipping, but the same is true for WWE. The novel coronavirus has taken a toll on pro wrestling interest for a number of reasons. If the fact that fans don’t want to watch empty arena shows isn’t doing the damage, the distraction during this terrible time in human history is certainly enough to cause a loss of interest.

Don’t say that AEW is WWE’s first and only competition. Eric Bischoff has been a part of two companies who were able to put out pro wrestling programs which drew larger numbers than All Elite Wrestling.

What do you think about Eric Bischoff’s statements? Does he have a point? Are you still watching pro wrestling’s empty arena shows? Sound off in our new and improved comments section!