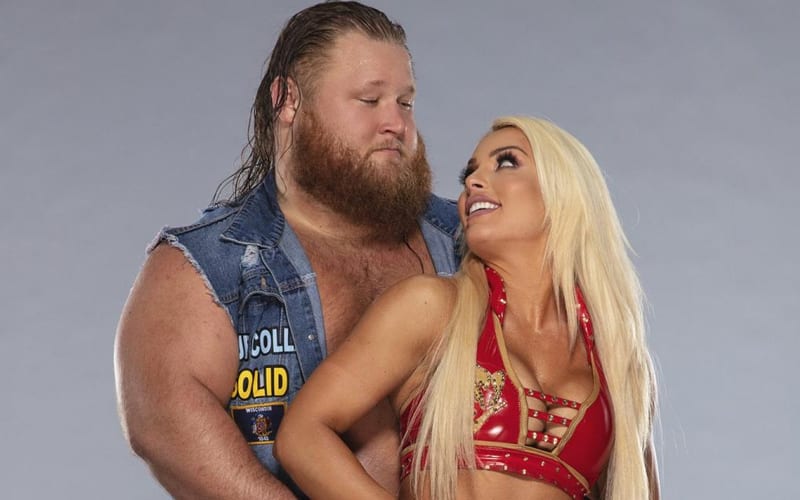 Mandy Rose doesn’t talk about her personal life very often. She keeps that pretty guarded to the point where some fans don’t know Mandy Rose has a boyfriend in real life. This boyfriend is apparently secure enough to deal with Otis.

While speaking to tvserieshub.tv, Mandy Rose revealed how her storyline with Otis got started. She also discussed whether her boyfriend has an issue with this television angle.

“Otis always was around in NXT and posting pics of me and talking about how much he liked me. In a cute way, not a creepy way. This continued on and I thought it would be great if this became a storyline, especially once Otis entered WrestleMania. I actually went to Vince McMahon myself and pitched the idea and he loved it.”

“My boyfriend doesn’t have an issue with it. It’s all a storyline and entertainment. If he got jealous of this, or if any guy did, it wouldn’t work out, honestly.”

Many Rose and Otis might be happy love birds on WWE television, but that is where their relationship stops. It’s okay for Mandy Rose’s home life because her boyfriend doesn’t seem to be threatened by the Doz.

Would you like it if your girlfriend’s job was to romantically pal around with a WWE Superstar on television? Sound off in our new and improved comments section!