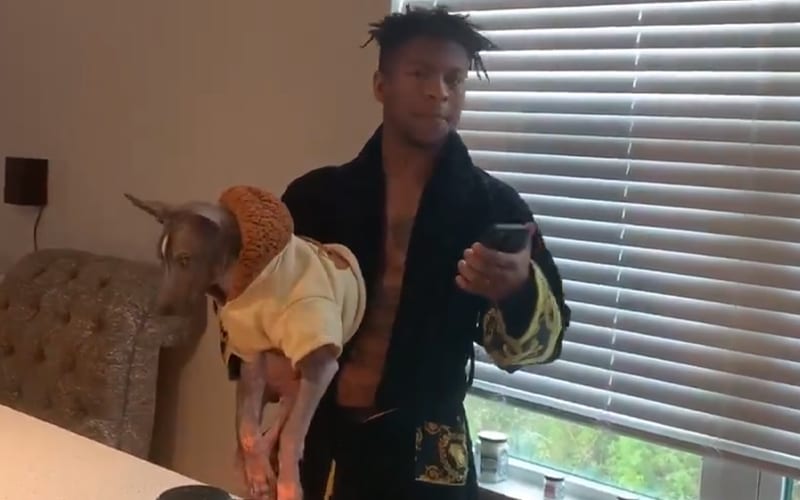 Lio Rush was among those names cut from WWE this week. Now he is waiting out his 90-day non-compete clause with everyone else who was released. At the same time, the rest of the world is waiting for COVID-19 to level off.

Lio Rush dropped a new sketch showing himself getting a phone call he wasn’t expecting. The caption made it seem like this was a video of his WWE release call.

The Man Of The Hour was cleaning his house and suddenly, he got a phone call from “Bobby.” For some reason he was also holding his dog. Rush didn’t say it was Lashley, but Lio Rush answered the phone calling whoever called him “Big Man.”

Lio Rush walked off frame and he seemed happy to get a call. Rush is young and has a bright career ahead of him. We’ll have to see where he ends up next, but he very well could circle back to WWE and The All Mighty eventually.

Where do you think Lio Rush will end up next? Sound off in our new and improved comments section!