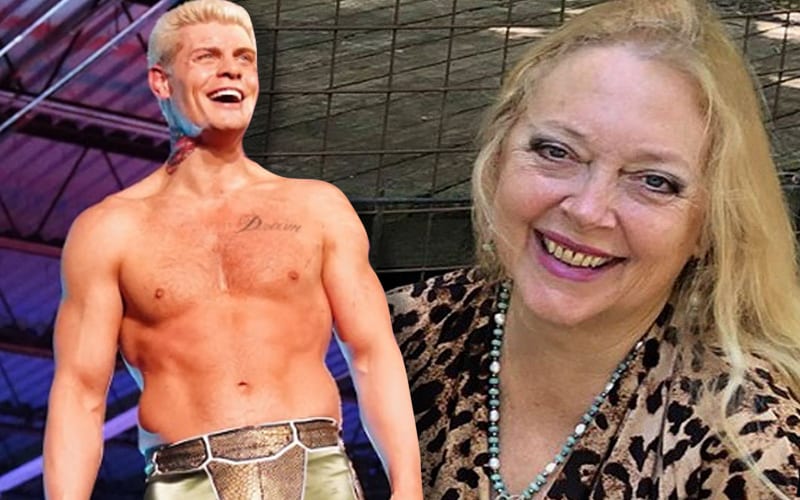 Cody Rhodes has experienced a lot of things during his pro wrestling career. When everyone started talking about The Tiger King after it debuted on Netflix, Cody Rhodes recognized a one of those names.

While speaking to Bleacher Report Live, Cody Rhodes explained his strange connection to The Tiger King. He’s heard stories about Carole Baskin for years and was told they were 100% fact.

“I have this very loose kind of connection to Tiger King. Very loose. As far as, I went to a sanctuary that was in Melrose, Florida. A really great Tiger sanctuary called Single Vision. They took tigers that, situations like Joe Exotic – there’s a bit of an epidemic in this country with people who get these big cats and then don’t know what to do with them like you saw on the show. So they would go to places like Joe or Carole.”

Cody and Brandi Rhodes were told stories about Carole Baskin which helped them make a decision on which tiger sanctuary to visit. He made a point not to implicate anyone while telling this story.

“I’m trying not to implicate anyone. I had heard the Carole Baskin story like 5 years ago. It was just a universally known thing amongst that world, that tiger world, like ‘hey don’t mess with her, this is what she did.” Now, I’m not saying I believe it but I was told as if it was absolute fact. So when it was brought up on the show, my mind was blown! Now I’ve heard this from multiple people in the animal world and now it’s for everyone to see again. I really enjoyed Tiger King, a very crazy outlook on a unique situation.”

“We were debating do we go to Big Cat Sanctuary or do we go to our other place. And the individual was like ‘you don’t want to go to the former because…’ and that’s where we heard it for the first time.”

It seems like the legend of The Tiger King will continue for a long time to come. This is a docuseries that a lot of people have binged while in isolation. Cody Rhodes was apparently one of them.

Did you watch Tiger King? Did Carole Baskin kill her husband? Please tell us because we haven’t had a chance to watch it yet!! Our life is pro wrestling news! Join us in our new and improved comments section and join the conversation!