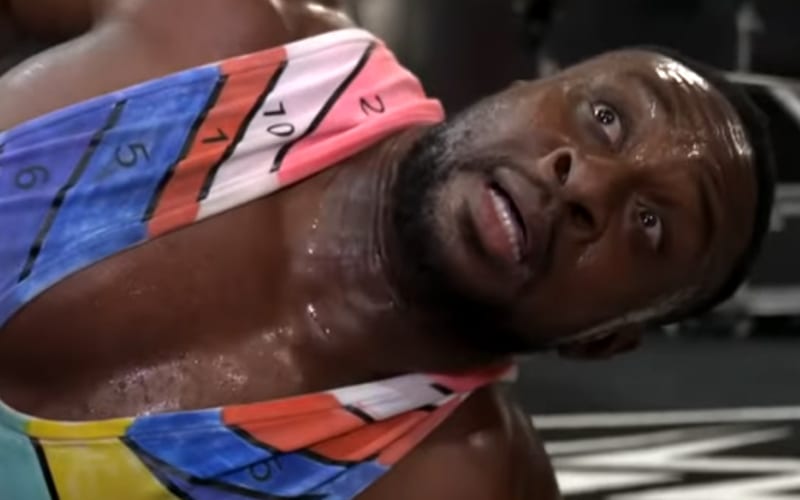 Big E picked up a huge win for The New Day this week on Friday Night SmackDown. He won the SmackDown Tag Team Titles all by himself, and he had a wonderful time after the match as well.

Following the title win, Big E was very happy with himself. He celebrated alone in the WWE Performance Center. He kept working out even after winning the titles. He also kissed those titles a lot because he missed them so much.

Big E dedicated this win to all of the people who said that he is trash and should be thrown away. He had a lot of people that he was happy to prove wrong.

This was certainly one of the most interesting championship victory celebrations that we’ve seen. Big E didn’t stop working up a sweat the entire time as he put the titles on a sled and pushed them down the PC floor.

It was quite an entertaining video and you can check it out below.

Do you think WWE should break up the New Day? What do you think about a backstage push to split them up? Sound off in our new and improved comments section!