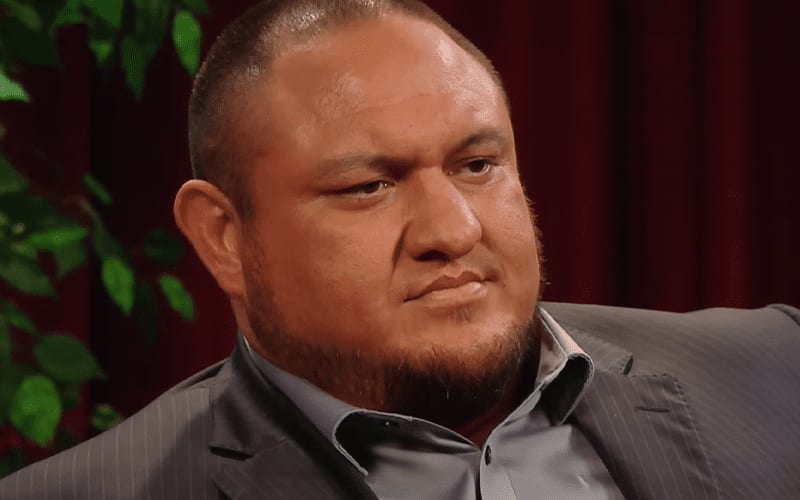 WrestleMania 36 came and went without Samoa Joe wrestling. He’s been out of action with a concussion that he suffered while filming a commercial for RAW.

That table bump made it into the finished product of the RAW commercial. It was a cool spot, but it has kept the Samoa Submission Machine out of action.

The Wrestling Observer Newsletter noted that Samoa Joe is still not medically cleared for a return. His absence from WWE RAW has nothing to do with him being unwilling to make the trips to the WWE Performance Center.

Hopefully, Samoa Joe will be able to make a return soon. WWE isn’t about to rush a concussion injury, especially with everything else going on right now.

How would you book Samoa Joe’s return? Sound off in our new and improved comments section!