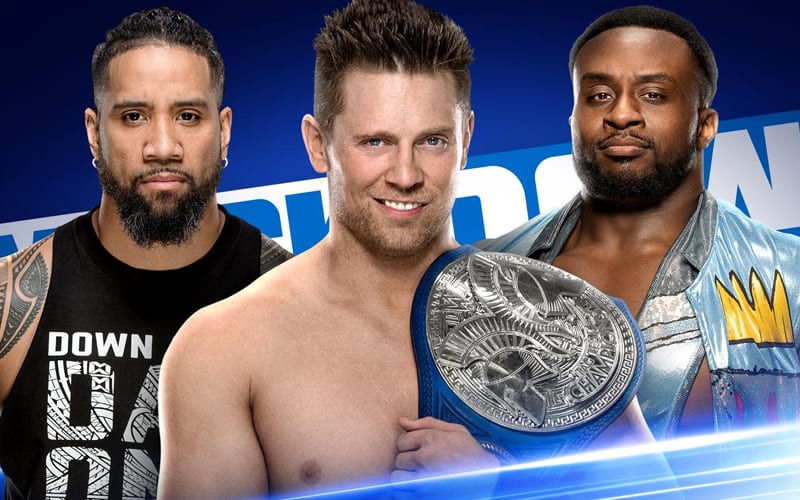 WWE is bringing their shows live to fans from now on because pro wrestling is an essential service in Florida. They have a loaded Friday Night SmackDown prepared for Fox this week.

Vince McMahon made the decision that WWE will go live last Friday afternoon while they were recording an episode of SmackDown. Tonight’s show might not be 100% live, but it remains to be seen since it hasn’t aired yet.

We do have a lot of matches and segments announced for this week’s show that will set the stage for Money In The Bank.

A triple threat match is planned for the SmackDown Tag Team Titles. The Miz, Big E, and Jey Uso will wrestle since their partners got to compete at WrestleMania.

Sasha Banks will take on Tamina Snuka in a match that Bayley thrust The Boss into accepting.

Sonya Deville and Mandy Rose are supposed to “clear the air” after their WrestleMania storyline. Let’s see how Otis plays into things. It will be interesting to see where WWE goes with this one since they fired the angle’s writer this week.