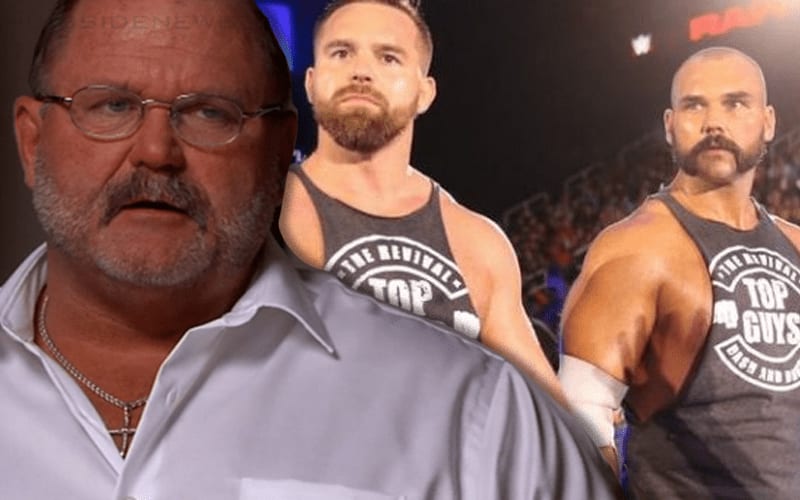 The Revival were released from their WWE contracts effective immediately. Now they are free to sign where ever they like. The big issue is that nobody is running shows thanks to COVID-19.

The Top Guys are out of WWE, but Arn Anderson wasn’t 100% certain that they will arrive in AEW. As he spoke about them on his ARN podcast, the WWE Hall Of Famer stated that everyone will be vying for Cash Wheeeler and Dax Harwood’s services.

“I think they would be the hottest commodity in the business right now. And I think everybody is going to be vying for them. Whoever ends up eventually getting them will be a much better company for it.”

The Revival showed interest in AEW and Cody Rhodes sent messages to them in the past as well. It might only be a matter of time before The Revival show up in AEW to make a lot of noise. We can only hope that eventually fans will be permitted to join the event so they can watch it go down as well.

Where do you think The Revival will end up next? Should we expect to see them at Double Or Nothing? Sound off in the comments below!