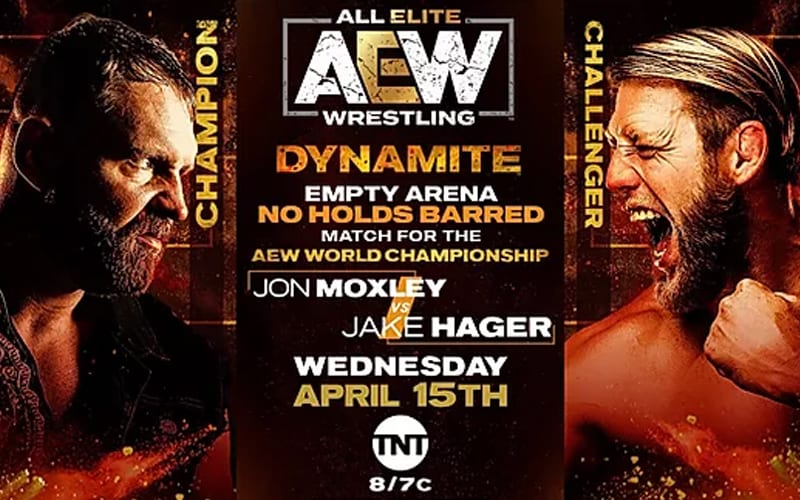 AEW has another show to bring fans from QT Marshall’s gym in Norcross, Georgia. Tonight’s show will have a huge AEW World Title match to close it out as well. That’s not all AEW is planning.

Chris Jericho will be on commentary again this week with Tony Schiavone.

The TNT Championship Tournament will see Lance Archer take on Colt Cabana. Britt Baker will also be in action, but her opponent has yet to be revealed.

Shawn Spears will also wrestle this week as the Chairman looks to repair his record after another loss to Cody Rhodes.

The main event will see Jon Moxley defend the AEW World Title against Jake Hager. This match was recorded at Daily’s Place as an empty arena No DQ match. Jim Ross will also be on commentary as he laid down his tracks from home.