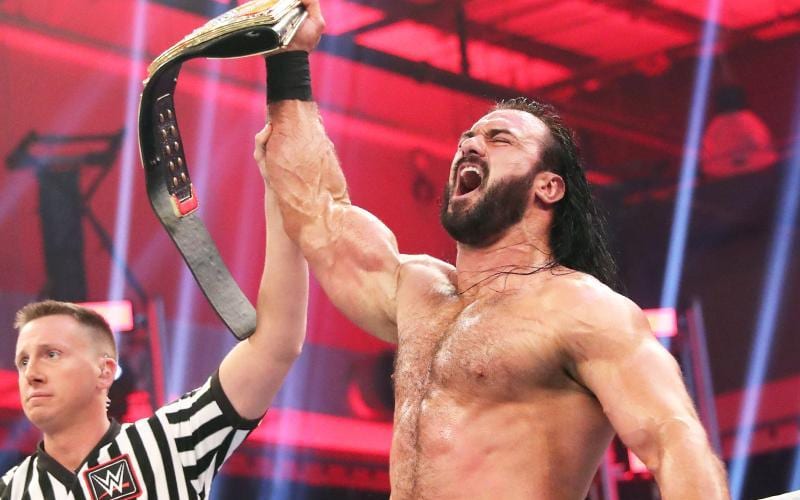 WWE had plans to do a lot of television tapings last week into this week. Vince McMahon changed those plans in a big way and now Superstars are going to make the shows live. This means that a lot more travel during a pandemic is expected for the WWE roster.

The company revealed two things that fans should expect from RAW this week. They did not announce any matches. There was a reason for that as the company might not have much of a show written so far.

Money In The Bank is coming up on May 10th. Odds are we will see a MITB qualifying match, but nothing has been announced yet.

During a promo for this week’s episode of WWE RAW, it was promoted that both Drew McIntyre and Becky Lynch will be on this week’s show. The top Champions on RAW till make appearances, but not much was said other than that.

You can check out the video below which says that “Monday night is the home of champions.” They also asked what The Man and The King Of Claymore Country have in store tonight.

WWE RAW will be a live broadcast, or as close to live as they can get. This could be an interesting three-hour television event. Vince McMahon reportedly made the decision to go live because he was afraid of not fulfilling WWE’s television contracts.