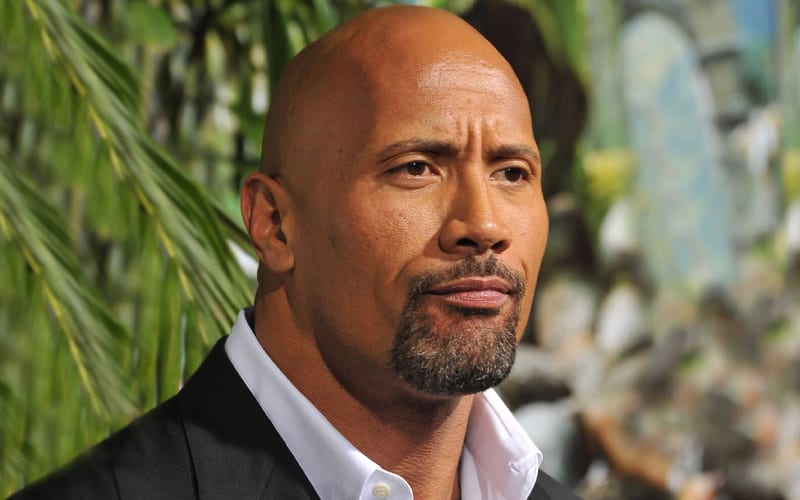 WWE is running live shows every week until further notice. They had plans to film a lot of programming in a row and take time off. Vince McMahon changed his mind and The Rock might think that’s a bit crazy.

While speaking on Instagram live, The Rock was asked if he misses pro wrestling. He does miss performing in front of the crowds, and he opened up about that. The Great One misses having chemistry with the fans, but pro wrestling has changed.

He didn’t say that pro wrestling has changed for the worse or better, but it’s not the same. The Rock then said it’s cool that Superstars are working so hard, but he admitted that “it’s crazy” that they are working through a pandemic as well.

“I do miss wrestling. I love wrestling. I loved professional wrestling. I loved it. Here’s what I loved about it. I loved creating with the pro wrestlers that I had great chemistry with, but the thing I miss the most about professional wrestling is just being able to connect with an audience every night. Every night was just a showcase. I didn’t give a sh*t about being, as many of you know if you followed my career in pro wrestling, I didn’t give a sh*t about being the biggest guy, the strongest guy, the loudest guy, the toughest guy, the guy who won all the time, the guy who was the craziest and jumped off the top of the cage, and moonsaults, and all that sh*t… no, but by the way, there’s a purpose for those guys by the way and many of those guys are my friends. I just always cared about connecting with an audience, that was really the most important thing for me, so I do miss that part about pro wrestling, because there’s nothing like it. And there’s nothing like being able to listen to an audience, I love it.”

“But I do miss that, but also the wrestling business has changed, really dramatically since I was in it. Not to say that it’s changed for the worse or for the better, it’s just different, and I still follow it and I have a lot of love and respect for all the men and the women who continue to put their bodies on the line and by the way, it’s crazy that they’re continuing to put their bodies on the line through this pandemic. They’re just working hard and just wrestling, and sweating on each other, and just doing all this, but all in the name of entertaining the fans, which I think is always cool, because wrestling has always had this adaptability to it, that was always very cool. So, I do… thanks for asking me about that.”

The Rock also stated that he watches AEW and he is very happy for those guys. It’s good that The Rock is doing these Instagram live videos because it gives him a way to connect with fans that he might miss from pro wrestling.

Do you agree with The Rock that it’s crazy WWE is still filming live? Sound off in the comments below!