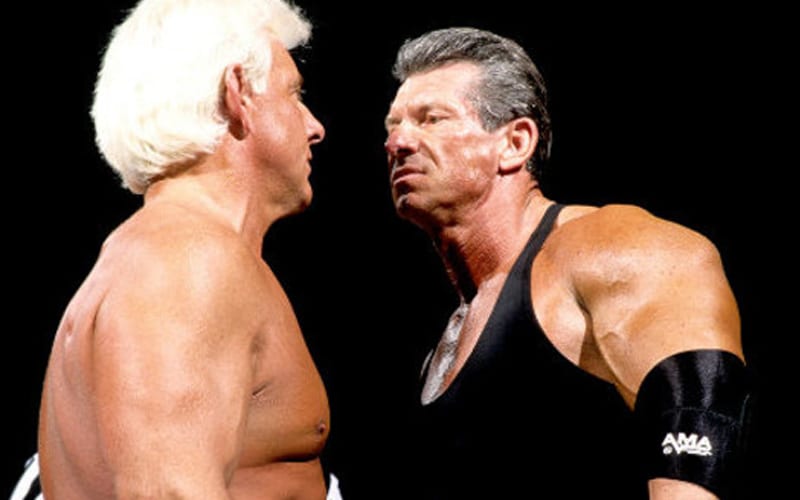 Vince McMahon has been able to book himself in plenty of big matches. Working with Ric Flair was a very cool experience for McMahon that brought The Chairman to tears.

During The Broken Skull Sessions, Ric Flair spoke about facing Vince McMahon at the 2002 Royal Rumble. He said that before their match, McMahon was teary-eyed. Flair revealed that McMahon told him how cool it was going to be to work with him. It was quite a special moment for everyone involved.

“He wanted to wrestle me. Think about this. I go over to Vince McMahon and I said, ‘I want to talk to you.’ This is me and I am lost and I’m gonna wrestle Vince and he has tears in his eyes. He said, ‘I just want you to know this is going to be one of the coolest moments of my life to wrestle you.’ How do you think I’m computing this when I can’t find myself?”

Ric Flair and Vince McMahon ended up having a street fight that will live on in WWE history. It was a very big moment for Vince McMahon as he realized that he was working with one of the greatest of all time.

Do you blame Vince McMahon for getting emotional backstage at the Royal Rumble? Where were you when this match took place? Sound off in the comments below!