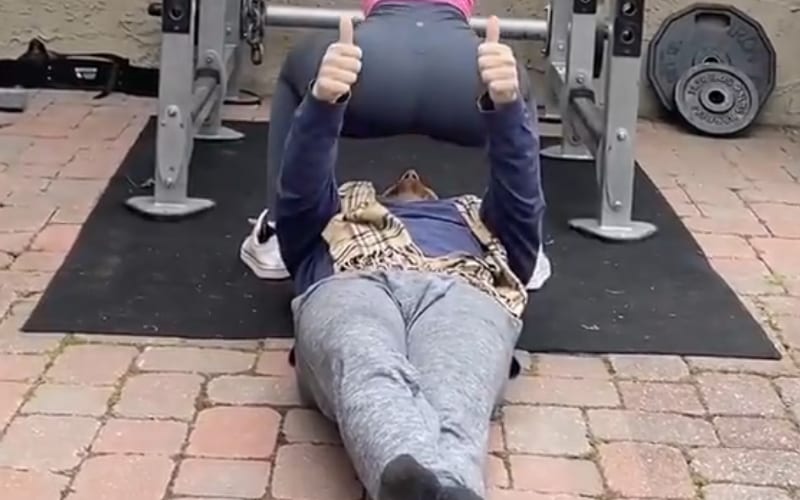 MJF is making the most of his time in isolation. He recently started a Cameo account where he charged $500 to insult fans. The Salt Of The Earth has kept in shape as well, but today he would rather watch.

The AEW star posted a video where he said it was “another tough workout.” He laid on the ground under a female as she pumped some iron. The thumbs up from MJF gave a clear indication that he was doing alright.

We’re not sure who this female is because her face isn’t visible in the video. Some early replies from fans suggested that it is MJF’s mom, but that hasn’t been confirmed.

MJF wasn’t at the last set of AEW television tapings. He will be back on Dynamite as soon as possible. In the meantime, at least he’s keeping himself entertained. You can check out the video below.

What do you think about MJF’s workout routine? Do you miss seeing him on AEW television? Sound off in the comments below!