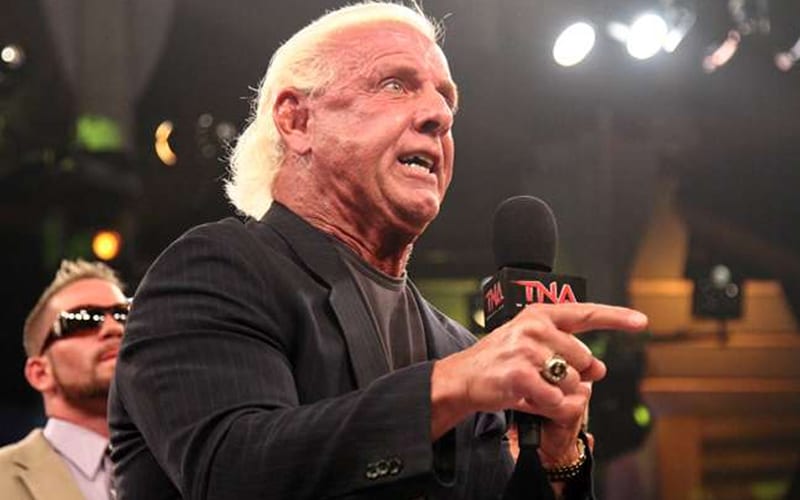 Ric Flair had a legendary career that is still going. His final wrestling match took place in 2011 with TNA. He lost to Sting inside the Impact Zone, but his career wouldn’t have ended with TNA if it avoidable.

While speaking to Wrestling Inc, Ric Flair explained how bad things got for him before joining TNA. He had wrestled his last match for WWE, but he has forced to go back on that big retirement moment because he needed the money.

“I needed the money. Very simple. I was paying alimony to three women at one time and lawyers. I got bombed as everyone hit me and then the IRS.”

“It’s very simple – like Jim [Ross] said, I needed the money. I would have never have gone there. Even though I got to hang around Kurt [Angle] and Sting, it was a disaster.”

Ric Flair is back in the WWE fold and still stylin’ and profilin’ at 71 years old. He will never wrestle again, so his final match will always be in TNA. Odds are when fans think back about Ric Flair’s career, TNA won’t be the first company they think of.