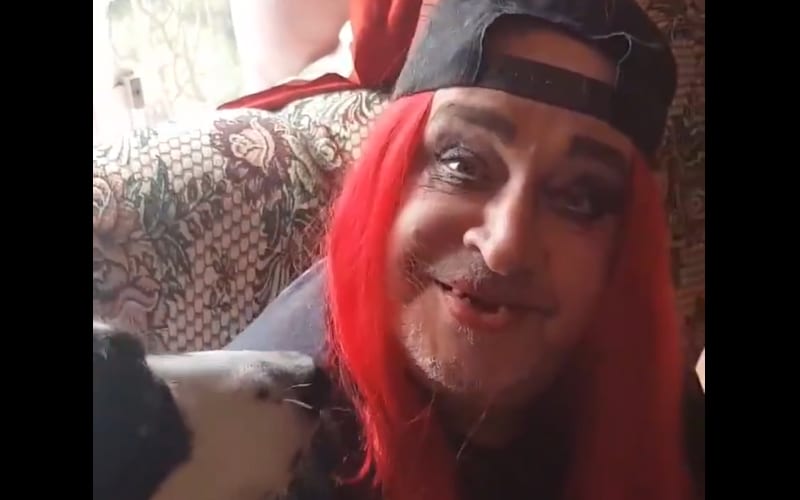 If you haven’t seen Fighting With My Family yet, it is highly recommended. Paige’s family is one of a kind and it’s understandable why she misses being around them so much. They’re practicing social distancing and isolation, but it’s been tough on Paige’s father Ricky Knight.

Sweet Saraya, Paige’s mother revealed a video where the caption said it all: “My husband is just f*cking awesome!!!”

Ricky went full Saraya while pulling off his wife’s famous look. He looked quite proud of himself, but admitted that the isolation might be getting to him.

“This is what three weeks of boredom does to you… I transform into Saraya Knight.”

It’s good to see that Ricky and Saraya are doing well in the UK. Hopefully, they can keep their spirits up and stay safe as we all get through this tough time.

What do you think about Ricky Knight’s new look? Should he cosplay as Paige next? Sound off in the comments below!

If you’d like to see more from the Knights and have time to burn in isolation, check out the BBC documentary on the Knight Family that inspired The Rock to make his film. We’ve embedded it below.