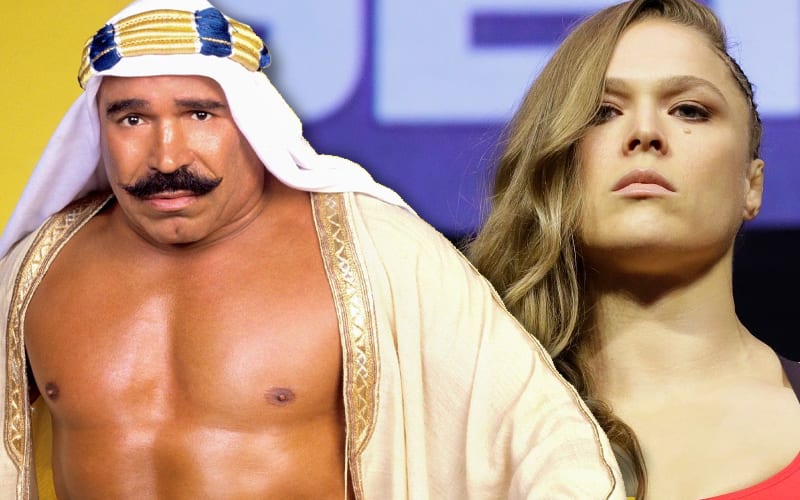 Ronda Rousey found a great way to entertain herself in isolation. She stirred the pot in the WWE Universe and now she’s sitting back and watching the fireworks.

The Baddest Woman On The Planet upset Alexa Bliss, Nia Jax, Lana, and others. She called pro wrestling “fake fighting” and said that she doesn’t want to return to the company full-time. She made the decision to stay with her family rather than perform in front of ungrateful WWE fans.

The Iron Sheik saw Ronda Rousey’s post and he approved. The WWE Hall Of Famer sent out a positive tweet Rousey’s way to show his support.

YOU SAID IT RONDA BUBBA

Ronda Rousey certainly found a way to get people talking. She hasn’t made a return to the company yet, but WWE reportedly plans on her wrestling again.

Are you a bigger Ronda Rousey fan after this week? What do you think about The Iron Sheik showing his support? Sound off in the comments below!