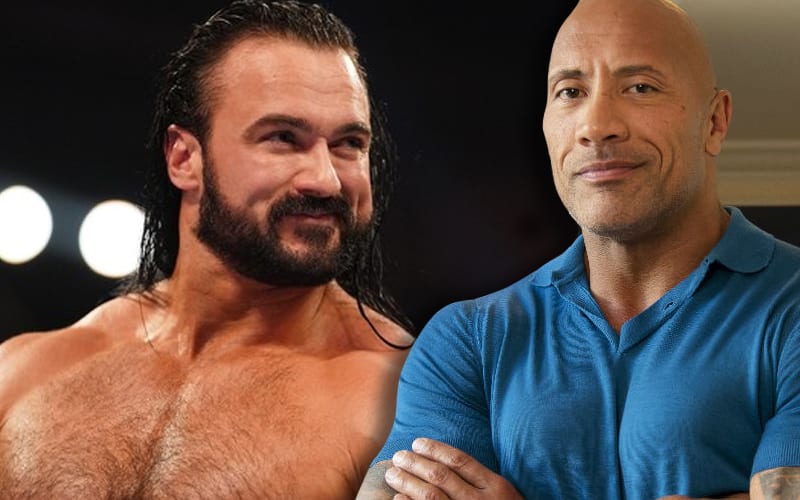 WrestleMania 36 was a big night for Drew McIntyre as he finally reached the top of the mountain in WWE. He is WWE Champion, but The Rock knew Drew had it in him a long time ago.

Drew McIntyre took a moment to throw a shout-out to The Rock. TMZ interviewed Dwayne Johnson months ago before McIntyre was even in the title picture. The Great One said to watch McIntyre and those words meant a lot to hear.

“I wasn’t showing my personality like I have been and I wasn’t on a winning streak or anything. He pointed me out. I think it’s interesting when guys like Vince McMahon and The Rock when they see something in somebody that others don’t or you don’t see in yourself.”

McIntyre sent a thank you to The Rock for believing in him. It was certainly a cool moment for Drew McIntyre to receive a random boost of confidence from the People’s Champion like that.

Who do you think can be WWE’s next top Superstar? Is Drew McIntyre in the main event where he belongs for the rest of his career? Sound off in the comments below!