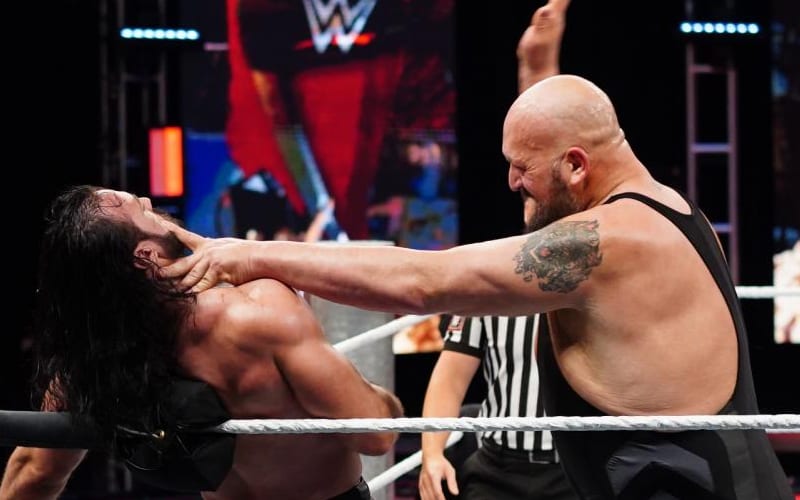 The Big Show wrestled for over 20 years and now he is a mainstay in WWE. He is also appearing in even more places as The Big Show Show becomes incredibly popular on Netflix. The Big Show is still competing, but he also realizes that it won’t last forever.

The World’s Largest Athlete was out of action for a year due to hip issues, having surgery, and the complications that followed. Now he can wrestle again from time to time as he did last week against Drew McIntyre.

While speaking to TV Insider, Big Show admitted that he doesn’t have an opponent picked out for his retirement match yet. If you ask him, he has plenty of time to ponder that decision..

“I don’t have an opponent picked out yet for my final match because I think that is a ways away. What I have done is stepped back as far as full-time, five nights a week, in the trenches. I’ve done that for 25 years.”

“Now it’s time for the guys to stake their claim and build their characters and legacies.” said The Big Show. “I’m always there to help those guys along. I think that is one of the great advantages of where I am in my career.”

The Big Show Show is a Netflix family situation comedy based around a retired professional wrestler. Big Show might not compete as much as he used to, but he’s not ready to hang up the boots just yet.

Who would you book as Big Show’s final opponent. Should WWE let King Corbin retire The Big Show like he did Kurt Angle? Sound off in the comments below!