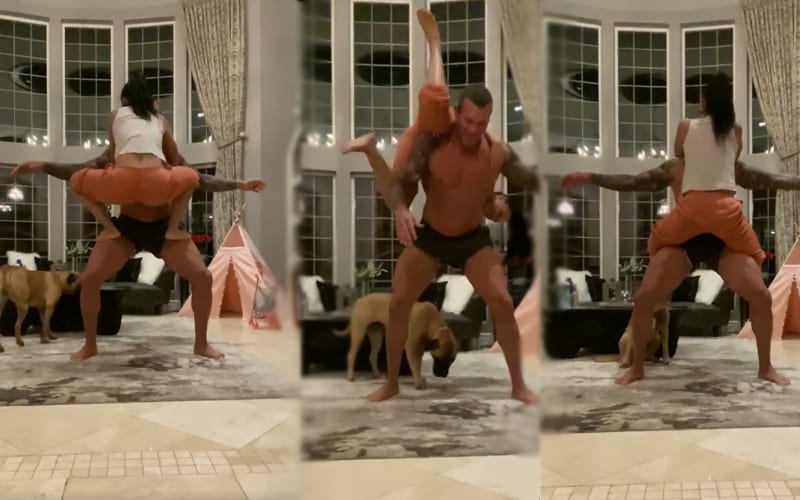 Randy Orton is enjoying some time at home in isolation. The Viper and his wife recently took part in the Koala Challenge and they nailed it.

Orton tweeted out a video of his wife climbing all over him like a koala. He was obviously pleased with their performance as he captioned the video.

.for the win #koalachallenge soooo kids are at grandmas and I’m about to snatch a track out. Anything good on Netflix for 5 min from now?

Orton isn’t the only WWE Superstar to do the Koala Challenge. Nikki Cross and Killian Dain had a great time attempting it. Rhea Ripley tried with her partner and she accidentally went through a door. Carmella and Corey Graves also attempted the Koala Challenge, and they nailed it too.

Orton and his wife are having a great time over-excelling at home. If Randy Orton is home then that makes us wonder if he made those WWE Performance Center tapings. No date was given for this video, but he wasn’t on this week’s WWE television. He’s also coming off a hard-fought loss at WrestleMania.

Who do you want to do the Koala Challenge next? How would you book Randy Orton’s next feud? Sound off in the comments below!