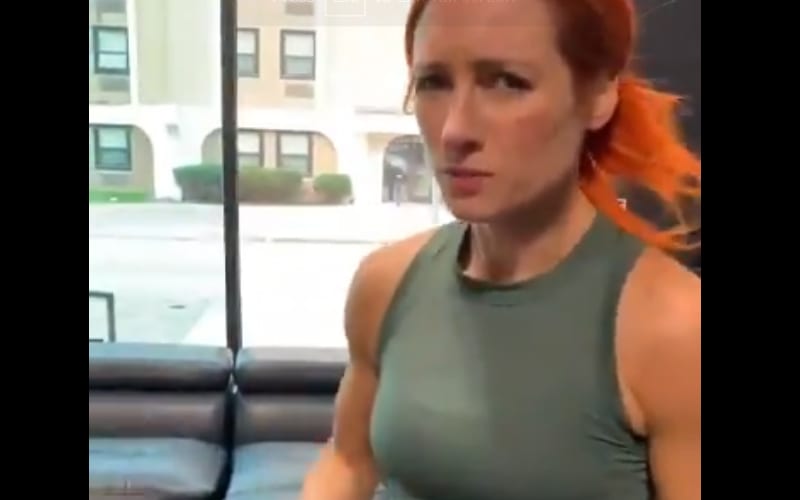 Becky Lynch is aware of what her fellow WWE Superstars are posting on social media. That doesn’t mean she’s willing to play along.

Plenty of members from WWE’s Women’s Division recently did the #DontRushChallenge. This was a video featuring a ton of people, but Becky Lynch wasn’t a part of it.

The Man tweeted out that she’s going to weigh in about what’s been posted lately. This made some fans believe that she might address Ronda Rousey’s recent comments. That wasn’t the case.

I felt I needed to weigh in on what’s been posted lately.

Instead, Becky Lynch acted like she was going to do the #DontRushChallenge before deciding against it. The Man dropped her phone instead and walked off looking very disinterested.

What’s your favorite online challenge so far? What WWE Superstar do you think needs to spend less time on social media? Sound off in the comments below!