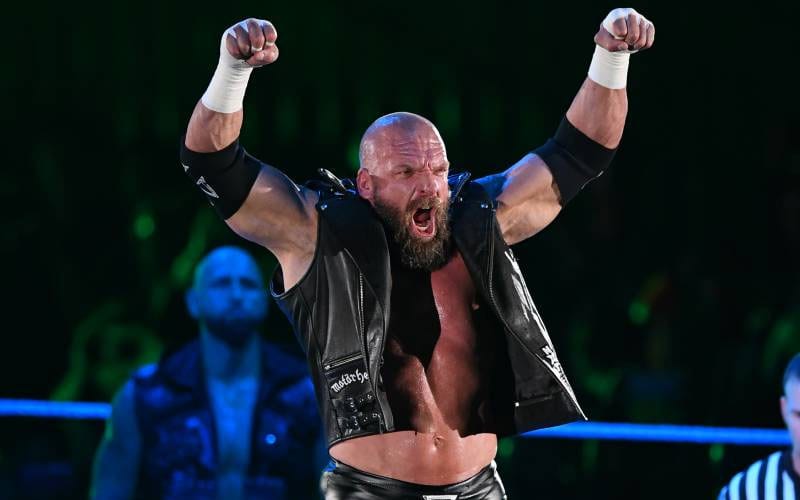 Triple H did not wrestle this year at WrestleMania. He even commented later on that he was relieved not to be on the card this time around. The novel coronavirus pandemic made WrestleMania 36 hard enough for everyone, and Triple H was needed in his executive role.

Fans wondered why Triple H skipped this year’s WrestleMania event. He rarely passes up a chance to snag a big match on the grandest stage of them all.

Mike Johnson commented on this subject during PW Insider Elite audio. He stated that it’s unclear if Triple H was ever factored into WWE’s plans for this year’s WrestleMania event. He never heard of anything in place for The Game at WrestleMania which ended up being the case as Triple H was absent from this year’s event.

“I didn’t hear anything about Triple H doing a program. Not at all. So no. That doesn’t mean at some point there was a version of the card or a rough draft of the card out there that featured Triple H against Braun Strowman or Triple H vs. Goldberg or Triple H vs. John Cena. I don’t know. I can’t speak for every idea that was tossed out within the confines of the creative meetings or things that Vince McMahon said, ‘Hey, we should do this pal!’ In terms of ‘hey Mike, Triple H is going to wrestle WrestleMania?’ I didn’t hear that.”

Triple H hasn’t announced his retirement from in-ring competition at all. He is very busy in his corporate role.

WWE is also going through a complicated time in their history like so many others. Odds are we’ll see Triple H working at a future WrestleMania, but it didn’t come together this year.

How would you have booked Triple H at WrestleMania 36? Do you think he should retire? Sound off in the comments below or on any of Ringside News’ Official social media platforms.