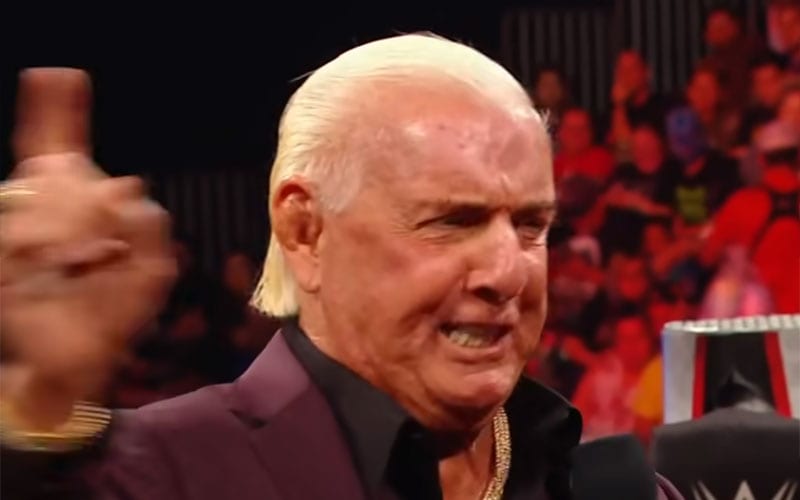 Ric Flair had to compete with Becky Lynch and Taylor Swift for The Man moniker. Now he’s having trouble locking down The Nature Boy.

Law 360 reports that Ric Flair recently attempted to copyright The Nature Boy. The Trademark Trail and Appeal Board rejected Ric Flair’s because someone else already has that name.

Since Ric Flair wants to sell “The Nature Boy” on clothing that is a problem. There is already an entity called Nature Boys that sells t-shirts. That was enough to cause them to reject Flair.

It was deemed that Ric Flair selling his merchandise would be too similar. Now Ric Flair won’t be allowed to cash in on the nickname he’s been using for decades.