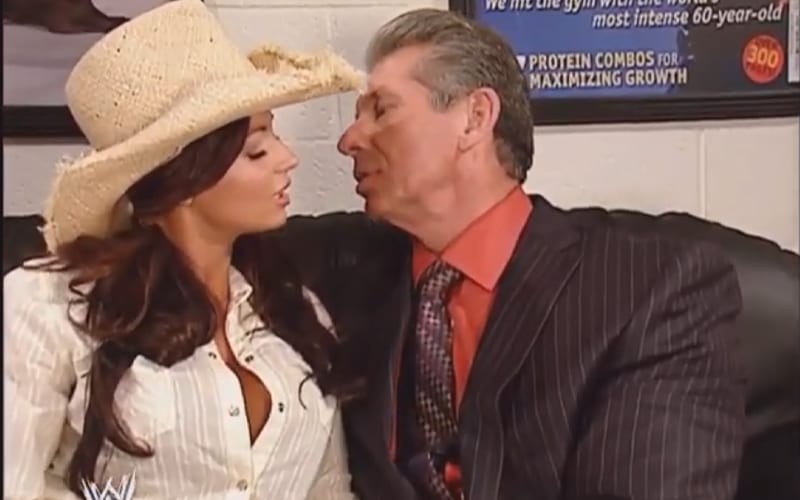 Vince McMahon will make a very rare appearance on WWE programming nowadays. Whenever if happens it’s a big deal, but McMahon used to be on the show every week. One segment didn’t make the cut in 2020.

WWE nixed a very interesting angle out of the May 15th, 2006 episode of Monday Night Raw. Apparently, a segment between Vince McMahon and Candice Michelle was too hot for the WWE Network.

One fan posted a plea on Facebook for someone to locate this segment and explain why it was cut out of the WWE Network replays. “It’s one of my homie’s favorite segments from when he used to watch wrestling.” Now that segment is gone.

That episode of WWE RAW on the WWE Network was definitely cut. It is only an hour and twenty-three minutes in length when most shows from that time period were much longer. WWE Monday Night RAW was a two-hour program at the time.

WWE nixed the segment and completely ignored it if you watch the episode on the WWE Network now. It’s unknown exactly why this segment was cut out. Vince McMahon and Candice Michelle do come close to kissing, but the segment took a different turn.

We were able to locate it which you can see below.