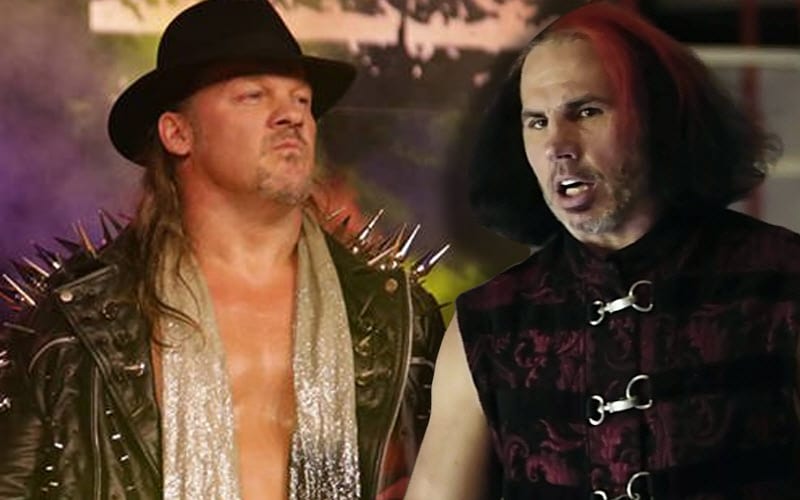 Matt Hardy appeared on AEW Dynamite and he cut a video promo on Chris Jericho. The conclusion of that promo included an invitation for Y2J to visit the Hardy Compound for an Elite Deletion. Don’t get your hopes up about this match yet.

During Wrestling Observer Radio, Dave Meltzer stated that the Elite Deletion is not a sure thing. This sounded like a great idea for some fans, but it’s only something that is under consideration at the present moment.

It wasn’t noted why Matt Hardy mentioned the Elite Deletion in the promo on Dynamite. The match isn’t set in stone which means that it hasn’t been filmed yet either.

AEW has a lot of options for their programming. They recorded a ton of material to last them weeks if not months. A closed-set taping on Matt Hardy’s North Carolina property might be a nice alternative to the Norcross, Georgia gym location as well.