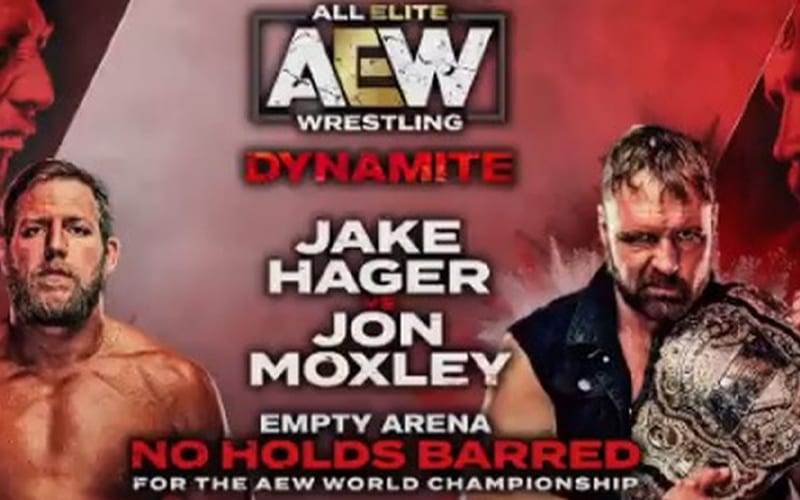 Jon Moxley and Jake Hager are set to meet next week on AEW Dynamite. The two will battle in a No DQ empty arena match for the AEW World Title. This match should be worth tuning in to see.

All Elite Wrestling filmed loads of content from QT Marshall’s gym in Norcross, Georgia. Jon Moxley and Jake Hager’s match was a part of those tapings. During AEW Dynamite this week, they ran a very effective promo package for the match.

“The story is that the Jake Hager and Jon Moxley match is great,” Dave Meltzer said on Wrestling Observer Radio. He did not provide any spoiler about the match’s ending, but he did note that it is supposed to be a quality match.

Jake Hager’s wife appeared in the video promo this week. She said that he Hager doesn’t win then he’s not allowed to come home. We’ll have to see if she will be forced to follow through with that.