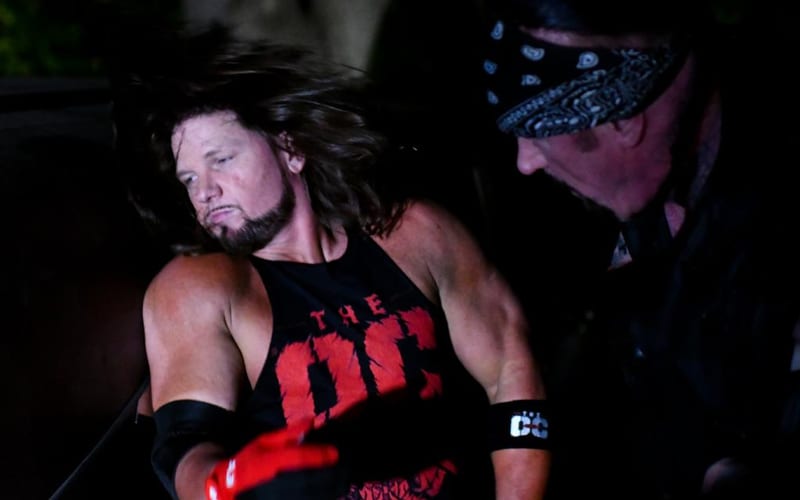 AJ Styles battled The Undertaker in a Boneyard Match at WrestleMania 36. He survived the ordeal despite Wikipedia claiming he died. That doesn’t mean he’ll come right back to television.

Styles didn’t appear on the Raw after WrestleMania. He might not be around for a while as the Wrestling Observer Newsletter noted that Styles is “out of action.” This is a way to sell the brutality of the Boneyard Match.

WWE might decide to keep AJ Styles out of action for a bit, but they can’t afford for him to be off television for very long.

Styles will be out of action. It likely won’t be for long since he’s considered so valuable and they don’t have much depth on the heel side of Raw right now and have a babyface champion.

AJ Styles spoke about the Boneyard Match and he enjoyed the cinematic style. He also advised that WWE doesn’t want to run those matches all the time or it could lose its special feeling.

We’ll have to see how long AJ Styles will be off television. WWE is recording a lot of television content over the next several days. It’s unclear if The Phenomenal One is there.

How long do you think AJ Styles should be out of action, and how would you bring him back to WWE? Sound off in the comments below!