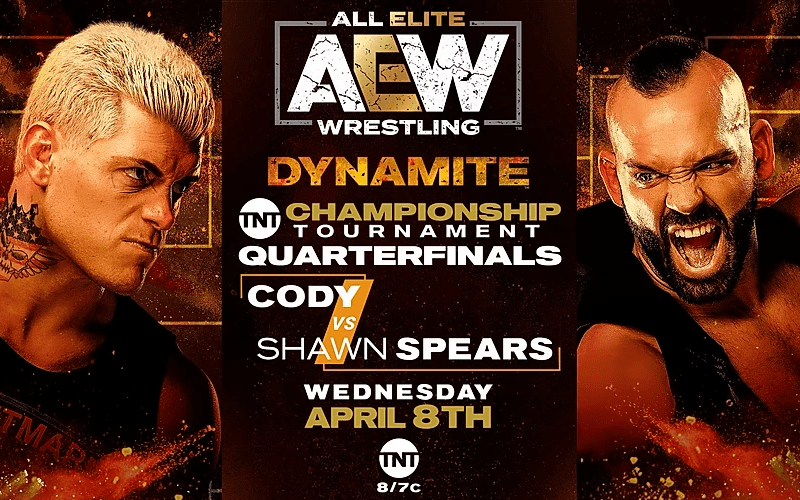 AEW recorded a ton of content from QT Marshall’s gym in Norcross, Georgia. This week’s Dynamite should be an action-packed show where the AEW TNT Championship Tournament will begin.

Cody Rhodes faces Shawn Spears in the first round of the AEW TNT Championship Tournament this week. That quarterfinal match has a lot of history behind it.

The Exalted One Brodie Lee promoted for this week’s Dynamite. We’re not sure who his opponent will be, but it’s likely that they will continue Brodie Lee’s momentum.

Kenny Omega and Michael Nakazawa will take on The Best Friends in tag team action. Hangman Page was unable to make this run of tapings, so he likely won’t be seen on Dynamite until May unless they insert a video package.

Also, Hikaru Shida will take on Britt Baker in singles action. AEW Women’s World Champion Nyla Rose didn’t make it to the tapings either. She will be live tweeting and providing Q&A content during the show.