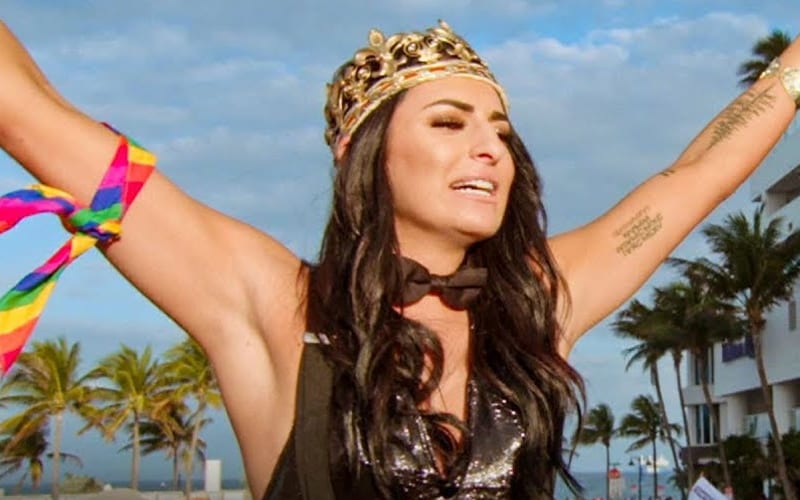 Sonya Deville is an advocate for the LGBTQ community as she continues as a WWE Superstar. She came out while on Tough Enough even before WWE offered her a contract. This was an unexpected way to announce to the world that she is a lesbian that she has spoken about in the past.

Logo’s New Now Next recently spoke to Sonya Deville. They asked her if she was ever concerned for her job as a WWE Superstar because of her sexual orientation. It was never an issue for Sonya Deville as she discussed how much she’s grown as an individual in the past four years.

I wasn’t hired yet. I wasn’t with the company yet. I didn’t know if it would affect my chances on the show. I didn’t know what it meant. It was my naïve mentality back then. I wasn’t really okay with myself, so I don’t know how I expected anyone else to be. I wasn’t out yet, wasn’t open yet. I was young, having my first relationship with a girl, and I still had my guard up. I wasn’t comfortable in my own skin yet. It’s crazy because it’s now four years later and I’ve never been more comfortable in my own skin, and I’m happy to advocate and give that confidence to someone else like me.

Sonya Deville and Mandy Rose’s storyline came to a head at WrestleMania. We’ll have to see what is next for Deville now as Rose seems to have found a new friend in Otis. Either way, Sonya Deville will continue to proudly represent her community.