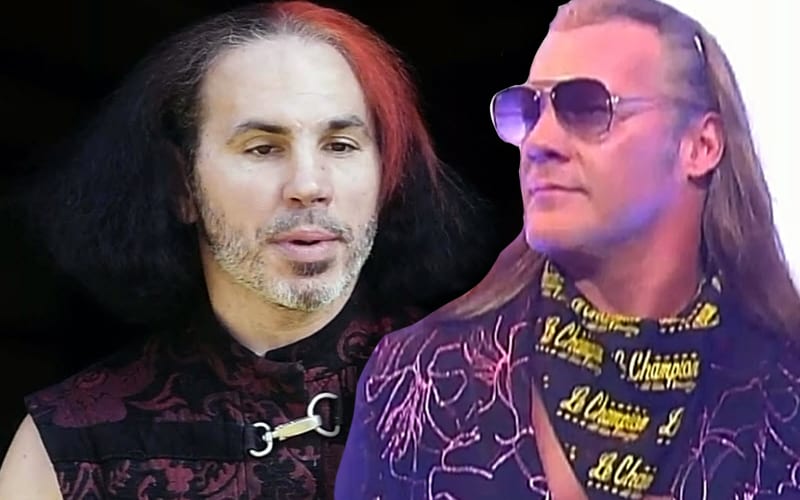 Matt Hardy showed up in AEW during a complicated time in human history. His first and second episode of AEW Dynamite took place in an empty Daily’s Place. It doesn’t appear that he made the undisclosed location tapings at QT Marshall’s gym in Norcross, Georgia for the next run of tapings.

AEW is still keeping Matt Hardy on television, but it is through pre-recorded vignettes. This week on Dynamite, Matt Hardy appeared in a video promo from the Hardy Compound and he challenged Chris Jericho to a unique match.

This week on Dynamite, Matt Hardy cut a promo from the Hardy Compound. He challenged the former Le Champion of AEW to visit him for an Elite Deletion.

Odds are the Elite Deletion will be similar to what Matt Hardy has pulled off before at the Hardy Compound. This could be a cinematic match much like what we’ve seen a few times in recent weeks.

No date for the Elite Deletion was set as of this writing. Chris Jericho hasn’t accepted the match either.