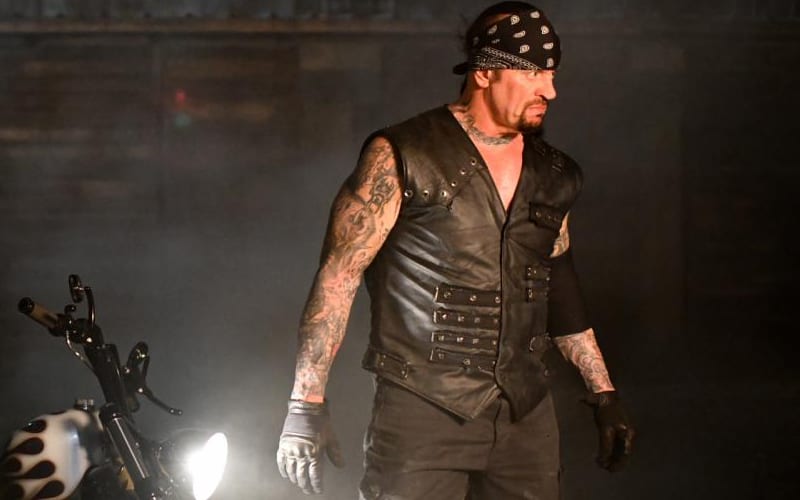 The Undertaker battled AJ Styles in the final match of the first night of WrestleMania 36. This was a highly cinematic match that took fans through a lot of storytelling as they battled across the set. It almost started much differently.

What Culture reports that The Undertaker was set to arrive to Metallica’s “Now That We’re Dead,” song. Taker’s arrival would have taken place at a different location as well.

It was reported that “WWE officials wanted to use an abandoned ditch, bridge and roadside to herald Taker’s biking bad ass arrival for the match.” They couldn’t do that because it was city property.

Since WWE didn’t have enough time to secure the proper permits to shoot and they didn’t have time to build a set, the idea had to be abandoned.