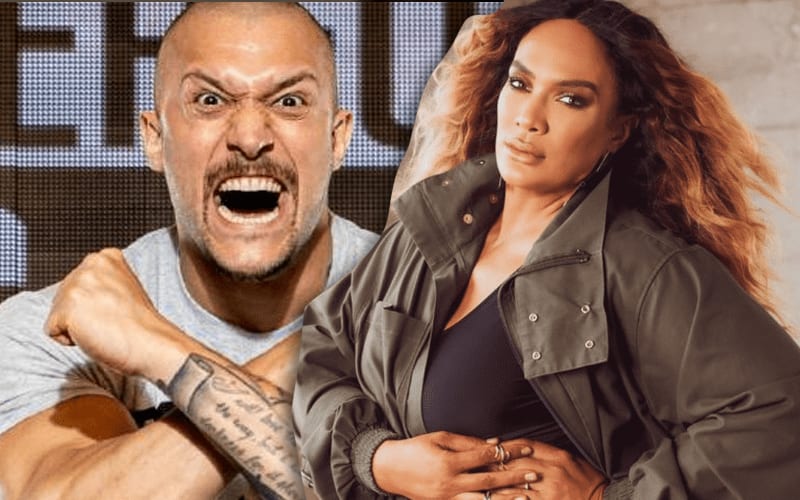 One thing we came to learn courtesy of Lio Rush is that you should always avoid making too much of a splash on social media in your first few months with WWE.

If you do, then you’d better hope that whatever you do or say doesn’t go too viral – but in the current landscape, that seems to be virtually impossible.

Case in point: Killer Kross probably didn’t imagine he’d attract the attention of Nia Jax when he made the following comment.

In case the tweet is deleted, Killer Kross responds to a fan who asked why Liv Morgan was trying to look like Scarlett Bordeaux, his partner, by simply saying “great question”.

Jax responds with a stern “You better take a f**ken seat real quick dude” successfully putting him back in his place.

Hopefully, this isn’t an issue that leads on to a string of other problems for Kross at such an early point in his WWE run.