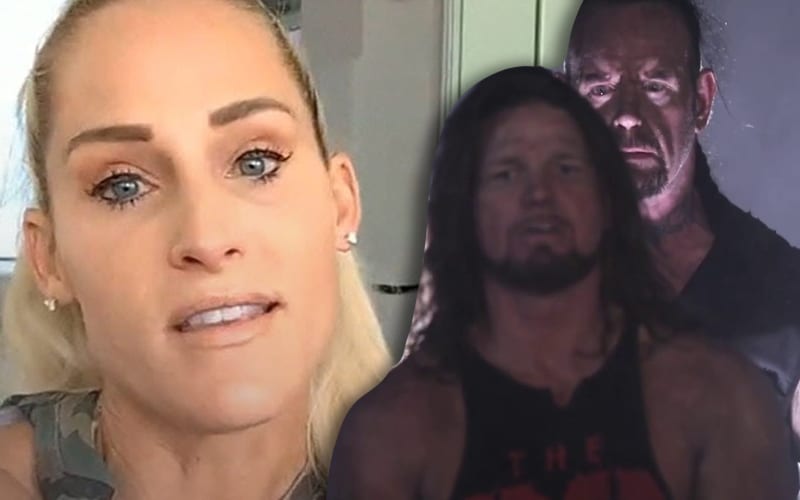 Following the second night of WrestleMania, Michelle McCool sent out an Instagram post. She forgot to congratulate everyone who performed on the first night’s show. McCool also wanted to make sure that AJ Styles knew that she noticed when he suddenly forgot her name during the Boneyard Match.

#Wrestlemania night #2 reminds me that I didn’t congrat the @wwe superstars from night 1! Kudos to all for entertaining the world during this crazy time! #grateful .

Now @ajstylesp1 …it’s funny how quickly you forgot my name when my husband @undertaker asked! You had it in your mouth for weeks on end! In case you forgot, its $McCool, remember!

The Undertaker and AJ Styles’ lines during the Boneyard Match were improvised. Styles might have honestly forgotten Michelle McCool’s name when he was in that dangerous situation. At least, Styles didn’t want to bring it up again for fear of further retaliation from Big Evil.